The broker, which is currently in talks with the Guernsey Financial Services Commission, hopes to launch its MGA operation in Q2 of 2022

Markerstudy-owned Lloyd’s broker Clegg Gifford is preparing to expand its current proposition in the Channel Islands by launching a new MGA, which will underwrite both personal and commercial lines.

Clegg Gifford chief executive Toby Clegg told Insurance Times that the broker is currently in talks with the Guernsey Financial Services Commission (GFSC) to obtain “a specific MGA licence” to enable the firm “to underwrite business in the Channel Islands”.

Forming one of Clegg Gifford’s four strategic ambitions for 2022, Clegg confirmed that the broker hopes to launch its MGA proposition in quarter two this year. To support this target, the firm has made “a significant, local hire to push that, which is absolutely in alignment with our risk appetite”.

In terms of backing for the proposition, Clegg has spoken to “Lloyd’s syndicates that have provisionally agreed to provide capacity for the SME and commercial side”. He also has “motor binders lined up as well”. 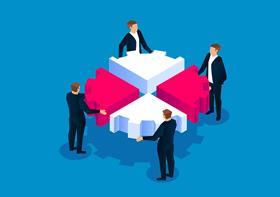 Read more…Briefing: MGA consolidation on the cards, but won’t have the pace of broker mergers

He continued: “It will be a full offering, spread across both personal and commercial lines.”

Clegg Gifford has had a proposition in the Channel Islands for the past 25 years, which provides a “springboard” for expansion in this region, according to Clegg.

For him, there are a number of advantages to building Clegg Gifford’s presence in the Channel Islands.

He told Insurance Times: “Guernsey is really exciting. The Channel Islands generally is an affluent area, it’s got fantastic loss ratios and a stable political environment, which is everything that ticks an underwriter’s box really.”

He also noted that the lack of claims management companies (CMCs) and litigious claims culture in the Channel Islands makes it “a much healthier insurance environment” – this is partly what drives “the loss ratio opportunity”, he explained.

“It’s a much healthier insurance environment than the continual battle with CMCs that insurers and insurance brokers [have] in the UK,” Clegg added.

In contrast to the UK’s FCA, the GFSC distinctly recognises MGAs.

Clegg said: “What I find interesting is the GFSC [has] constituted original MGAs now. Whereas in the FCA’s world, you are either an insurer or a general intermediary – and that can be a broker, MGA, whatever – [the GFSC has] actually created one in the middle. [It has] intermediaries, MGAs and insurers, which I think is a really important distinction.

“I think Guernsey deserves some real credit for pushing that because the MGA model is distinctly different from general broking activities.”

Ultimately, Clegg Gifford having an MGA offering in the Channel Islands “represents a really good opportunity for the company because the sustainability of that capacity there is absolutely key”, Clegg said.

“It’s always been an area of really good loss ratios.”

Clegg Gifford, which handles around £100m of gross written premium, won the Independent Broker of the Year award at the 2021 Insurance Times Awards.