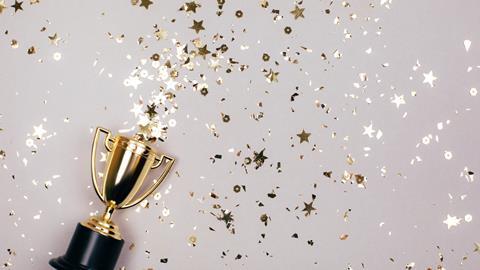 Revealed: Which firms came out on top at 2021’s Insurance Times Awards?

It was certainly a night to remember, with 36 industry awards being presented at a lavish ceremony in a swanky London hotel. But which firms were declared the evening’s winners?

Despite prime minister Boris Johnson announcing new anti-Covid-19 restrictions on the eve of the prestigious Insurance Times Awards on 9 December 2021, the title’s flagship awards ceremony was able to proceed without a hitch, with an in-person celebration at the beautiful Great Room, situated in London’s Grosvenor House Hotel, near Park Lane.

Hosting the evening’s gala was Irish stand-up comedian and TV presenter Dara O Briain, who is best known for shows such as Mock the Week, Blockbusters and Robot Wars.

Over the course of the night, there were 36 prizes up for grabs overall. One of the most illustrious awards is the Insurance Times Industry Achiever, which this year was won by the late Sandy Dunn, who died in September 2021 following a brief illness.

Sharing thoughts on Dunn was his long-standing friend and insurance veteran Penny Searles told attendees that ”Dunn was at the forefront of some important stages in UK insurance history”, such as launching Eagle Star Direct in the nineties as well as founding the UK’s first telematics broker and insurance data business - Wunelli and Coverbox.

Another key accolade was the award for Broker CEO’s CEO of the Year, sponsored by Applied Systems. This went to Howden Group boss David Howden.

David Howden, chief executive of Howden Group said: “This award means a lot to me as it has been voted for by the chief executives.  As a chief executive, you can’t do anything without the people around you so it’s the people that actually drive the business – our ability to attract talent is our most important thing.”

The corresponding insurer prize - Insurer CEO’s CEO of the Year, was given to Penny James, chief executive of Direct Line Group. 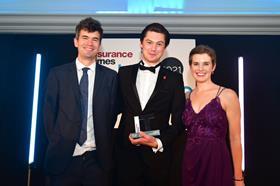 Speaking about the latter award, Adam Winslow, Aviva’s chief executive of UK and Ireland general insurance (GI), said: “I think it’s a great testament to all of my colleagues hard work over the last year and all of our partners across the GI industry. It’s been a hard year, it’s been hard for all of my colleagues I think they have done a fantastic job. Really delighted at the way we have come together.”

Excellence in Technology - Claims (General) category was won by CoreLogic in conjunction with Aviva who is one of its customers.

Mike Porter, senior leader for international market for claims at CoreLogic said: ”It was a real privilege to be able to help them [Aviva].”

Additionally Aviva took gold as the Excellence in Etrading - Insurer winner. In this category, which was sponsored by Premium Credit, HSB earned a bronze accolade, while Zurich nabbed the silver.

On winning four awards, Winslow added: ”We are really delighted to be recognised by so many across the industry for all the work we do to move insurance forward.”

MGA CFC Underwriting, meanwhile, walked away with two gold awards. This included Excellence in Etrading – MGA, sponsored by Premium Credit, and Challenger of the Year – General. In this category, C-Quence received the silver prize and Getsafe achieved bronze.

Oliver Calvert, group head of brand and marketing, Romero Group said: “We did a campaign called ‘we are nightlife’ celebrating the night life industry. We are a specialist in leisure and hospitality, as we came out of lockdown, those venues like bars, clubs and restaurants came back to life again. [This award] makes a difference to a lot of individual businesses. Seeing those businesses ‘survive and thrive’ as we come out of lockdown is the most rewarding thing.”

NDML added to its gold tally by also winning the Customer Champion of the Year – Broker category, sponsored by Markerstudy.

CFC Underwriting also collected a bronze award for MGA Initiative of the Year, but it was FloodFlash that walked away with the gold prize here. C-Quence won silver in this category.

In a LinkedIn post, FloodFlash’s co-founder and chief executive, Adam Rimmer said: ”Really awesome. I am proud of the FloodFlash team (again).”

Other winning organisation on the night included broker Clegg Gifford, which bagged the Independent Broker of the Year award, sponsored by Aviva.

Challenger of the Year – Motor went to Bridgetech Automotive - DWF picked up the silver prize in this category and Keoghs, a Davies business, nabbed bronze. BGL Group, meanwhile, won a gold award for Marketing Campaign of the Year – B2C.

Personal Lines Insurer of the Year, sponsored by Carpenters Group, went to Ageas.

Ant Middle, chief executive of Ageas said: “It’s a great accolade and a testament to all the work our people have done, and the great relationship we have with our brokers. We have worked hard particularly in personal lines, it’s our heart it’s all about how we work with brokers. This award means a lot as it is voted for by the broking community – it’s extra special.”

Ardonagh-owned Atlanta Group celebrated a gold award in the Personal Lines Broker of the Year category, sponsored by Ageas. The silver prize was given to Caravan Guard and Got You Covered collected bronze.

Emma Rawlinson, Atlanta Group’s chief executive, said: ”We are extremely proud, it’s been a massive team effort. I feel like a very proud chief executive, my team has worked very hard and for them to have won means everything.”

Lisa Meigh people director in claims at Covea Insurance said: “Our people have driven this, they have been the driving force behind our community networks that have created an environment at Covea that is about belonging – you can stand out because you are who you are.” 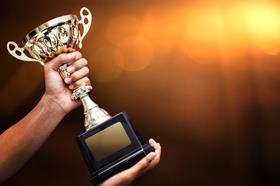 It’s all about tech

The gold for Insurer Innovation on the Year, sponsored by Acord, went to FM Global - Markel UK won the silver accolade and Policy Expert took the bronze prize.

Allianz won Excellence in Technology – General, which was sponsored by PremFina, while C-Quence earned silver here and Zurich nabbed the bronze.

Meanwhile, the award for Excellence in Underwriting went to Allianz Partners UK. Churchill Insurance picked up a gold for the Best Digital Customer Experience also sponsored by Acord.

IAA achieved a gold award in the Excellence in Technology – Service Provider (Motor) category, with Cazoo Data Services taking home silver and Copart UK winning bronze. As for the Excellence in Technology – Service Provider (Risk Management) category, Insurwave was the gold winner, followed by CyberCube in silver and LCP with bronze.