Lloyd’s of London chief executive John Neal said that the Covid-19 pandemic has accelerated Lloyd’s plans to transform its headquarters into a ‘workplace of the future’.

During a virtual fireside chat hosted by Aon’s Reinsurance Solutions global chairman Dominic Christian, Neal said: “The Lloyd’s building is almost 35 years old, so how can it be the right environment for the market to operate?

“For the first time, we have both a virtual capability and a real capability operating simultaneously at Lloyd’s.

Neal explained that the transformation of Lloyd’s and the insurance industry is about reducing cost of doing business – and in turn reducing product cost.

He added: “I have been really clear when I have been on calls with the investment community, that [the cost reduction] is not a gift to margin; it’s got to be a gift to the cost of the product.”

Neal the insurance industry needs to do a “better job” of promoting the societal value of its product.

Addressing gender equality, he said: “The Corporation of Lloyd’s has gone to parity, and we’ve done that in two years, so when people say culture is a generational issue to change, rubbish – absolute rubbish. Yes, it takes time, but you can make a lot of change really quickly if you want to.

He continued: “The vast majority of the premiums we take in, ultimately those monies will be returned to the individuals, and businesses, and even the governments at their time of greatest need, and so right at the heart of insurance is the [notion of] societal well-being.

“There’s a value proposition and we have got to be so much better at translating that, as we have been the poor relation for such a long time in financial services. There’s a real opportunity for us to demonstrate to the next generation that there is a unique value proposition in insurance.” 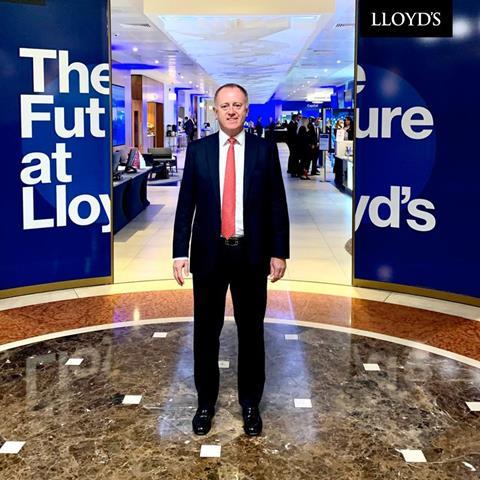