The Davies Group has signalled an opportunity is alive to adding new capability to its claims business within the next nine months.

With consolidation in the claims sector having been rife in recent years, Davies chief executive Dan Saulter had previously indicated to Insurance Times any acquisition growth would most likely come through the insurance services and customer solutions businesses.

But on confirming the completion of the group’s latest acquisition Ember, within the customer services arm, Saulter said he was hopeful of adding new capability in the claims business through M&A in the next six to nine months.

“I’d be lying if I said there weren’t opportunities in the claims business,” he said. “There’s definitely fewer opportunities, having seen the consolidation that has occurred. But to the extent where you can add capability and find the right deals, we’re still in the market.”

Saulter has previously said that the group has a list of targets in the claims sector that they would move for should they become available.

He said that the key is moving quickly when M&A opportunities become available.

He added: “We’ve always had a strong potential pipeline in claims M&A.

“Most opportunities out there are going to hit the market once and you need to be having conversations with these people and these businesses over a period of time. I think we’d be disappointed if we couldn’t do something between now and our year end in June.”

With the acquisition of Ember, it opens up new capability in Toronto for the group. Davies earlier this year also picked up a base in Bermuda through acquiring parts of Randall & Quilter earlier this year.

Off the back of these deals, Saulter said it opened up greater M&A potential internationally.

“The opportunity in claims is not just in the UK and Ireland, but also overseas in North America,” he said. “We do have international ambitions.”

Saulter wouldn’t rule out more M&A deals being completed before the end of the year, and revealed he was also hopeful of adding new capability in customer solutions.

In completing the Ember acquisition, Saulter said he wanted to use the finances of private equity partner HGGC to take it into the digital space.

Saulter confirmed Davies would hold onto the Ember brand due to its “strong brand presence in the market.”

Commenting on how Davies would integrate the Ember brand into the group he said: “We don’t want to take away from what Ember has achieved or knock it off track.

“I think the key for us is getting the value out over the next few years and being able to take the Ember solutions out to our wider client base.”

The approach will see finance, HR and IT integrated into the group system, with the Davies Innovation Lab and other opportunities opened up to staff. Ember Founders David Leedham and Mike Havard will join the Davies senior team.

Saulter added: “For us integration in the right areas where we can make things more efficient, but support investment in other areas.” 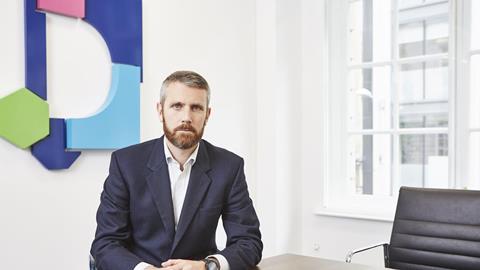