Ecclesiastical has urged brokers to speak to their heritage clients following a spate of smash and grab raids at heritage properties across the UK.

According to the Stately Home Hotline Bulletin, published 28 May 2021, in the past two years there have been at least 10 smash and grab attacks at stately homes. 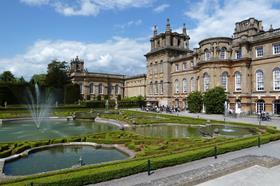 A smash and grab raid is carried out at speed, using extreme force to break through physical barriers to gain access to a property. In instances involving heritage properties, burglaries are often pre-planned to target high value items which are stolen to order.

For example, in May 2021, raiders plundered irreplaceable items from West Sussex-based Arundel Castle - this included historical artefacts that belonged to Mary, Queen of Scots.

Meanwhile, in September 2019, a solid gold toilet worth £4.8m was stolen from Oxford’s Blenheim Palace. Later that month, an 18th century presentation gold box and a Faberge gold cigarette case were among items swiped in a raid at Sudeley Castle in the Cotswolds.

To support brokers in advising heritage clients, Ecclesiastical has published a full list of guidance around smash and grab attacks.

Faith Kitchen, customer segment director at Ecclesiastical Insurance, said: “Brokers play an important role in helping clients understand the risks they are facing and in ensuring they have the right cover in place.

“We hope this new guidance will help brokers speak to their heritage clients about the risks they face and how best to protect their properties from future smash and grab attacks.”

Sir Thomas Ingilby, editor of the Stately Homes Hotline - which correlates and disseminates security intelligence to over 1,500 UK heritage properties - said: “These raids are carried out clinically and with total disregard for the heritage property that is being attacked.

“By stealing items of national and international historical and cultural importance for criminal gain they are selfishly depriving the public the opportunity to see and admire these unique artefacts.”

In terms of electronic security, the insurer’s guidance said this should be reviewed alongside physical security arrangements. It urged that further advice should be sought from property insurers and intruder alarm installers.

“During the past few years, we’ve seen an increase in smash and grab style attacks at heritage properties and this trend is likely to continue.”