European Union (EU) officials have proposed a ban on insuring ships that carry Russian oil, with the aim of defueling Russia’s military invasion of Ukraine – both through resources and revenue. 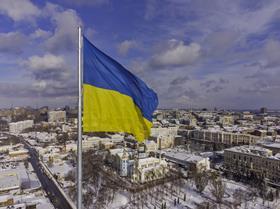 As reported in the The Wall Street Journal (May 7 2022), this move forms part of a sixth batch of restrictions EU officials have prepared against Russia, including a ban on imports of refined oil products from the country to the European trading bloc by the end of the financial year (May 2022).

European companies insure most of the world’s oil trade. The embargo within Europe would therefore cut Russia off from what has historically been the biggest oil export market.

According to the International Energy Agency, oil and gas revenues accounted for 45% of Russia’s federal government budget in 2021.

Lara Barstad, chief executive of global tanker fleet Frontline Ltd, said that “in effect, it would be a very strong hindrance to export Russian crude”.

Furthermore, on 6 March 2022, the UK government revealed its plans to bring in further legislation to prohibit UK-based insurance and reinsurance providers from dealing in financial transactions connected with Russian entities.

Foreign secretary Liz Truss, for example, introduced a new suite of aviation sanctions on 9 March 2022, enabling the UK government to detain any Russian aircraft in the UK.

During the announcement of these sanctions, the UK government refused to rule out further sanctions on elements of the Russian economy.