The insurer’s chief executive, however, ‘remains confident’ in its combined ratio guidance for 2022

London market insurer Beazley has predicted a loss of $50m (£41m) reinsurance from the Russia-Ukraine conflict, according to its trading update for the first quarter of 2022, published today (6 May 2022). 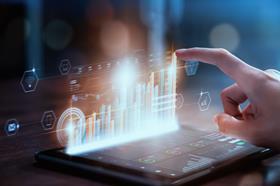 The estimate, however, does not consider potential claims for aircraft stranded in Russia. Nor does it include second order impacts, such as directors and officers (D&O).

Beazley stated that if aircraft were to be included, the insurer’s combined ratio would remain unchanged.

Adrian Cox, chief executive at Beazley, said: “The impacts of the war in Ukraine go far beyond those which are financial and our thoughts are with everyone who is impacted by this terrible conflict.”

“We continue to monitor the situation closely and have assessed our potential exposures across our business.

“To date we have seen a small number of claims with respect to the conflict and we remain confident in our combined ratio guidance of around 90% for the full year.”

This increase was primarily driven by cyber, “where rates have doubled in the first three months of 2022”, said Cox.