Specialist insurer Beazley has reported a combined operating ratio (COR) of 87% for the six months to 30 June 2022. 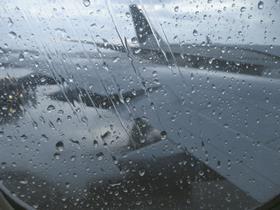 Adrian Cox, Beazley’s chief executive, said: “We have maintained the momentum of the second half of 2021 with gross premiums increasing by 26% alongside better than expected claims experience.”

“We continue to manage actively for inflation and recession and our estimate for the war in Ukraine remains unchanged.

”Given the positive experience in the first half of this year, we are in a position to update our combined ratio guidance to [the] high 80s for 2022, assuming average claims experience for the second half of the year.”

Beazley said that it had continued to grow across H1 2022 “despite further shocks in the form of war in Europe and sharply rising inflation”.

The insurer’s exposures to the conflict in Ukraine sat across its political violence, trade credit, aviation and marine books – it said it had reviewed all areas of its underwriting portfolio with the current scope of the conflict in mind and estimated incurred net reinsurance losses of £34.7m.

This figure has not accounted for potential claims related to aircraft stranded in Russia because no losses have yet been incurred.

The war has also led to an unusual trading environment – which Beazley noted had led to an investment loss of $160.6m (£133.6m).

Cox added: “As we reflect on the first half of 2022, no one can be in any doubt that we are in the middle of an uncertain and complex risk environment, where unpredictability is a dominant feature.

“In these circumstances, it is our responsibility to do the right thing, supporting our clients to navigate through, offering them relevant insurance protection and capacity, matched by first-rate risk management and loss prevention strategies.”