Arron Banks told Insurance Times he would challenge the £135,000 fine and explained how he believed the ICO had breached its own protocols

Arron Banks has threatened to take the Information Commissioner’s Office (ICO) to court over fines amounting to £135,000 issued to Eldon Insurance and Leave.EU last month.

Banks told Insurance Times that the fine had been blown out of proportion by the separate preceding events around the Cambridge Analytica data breach scandal.

Banks-owned Eldon and Leave.EU, the Brexit campaign which he heavily backed, have sent their submissions back to the ICO questioning whether any fineable offence has even been committed. Eldon is seeking a judicial review of the ICO’s decision.

“We feel the ICO has made some bad mistakes in terms of what they’ve done, and we’ll be taking them to court,” Banks said.

Eldon and Leave.EU were each handed provisional fines of £60,000 in November. This was after the ICO found Leave.EU subscribers had been sent marketing material for Eldon brand GoSkippy without the customer’s consent.

Leave.EU was provisionally fined an additional £15,000 for sending 319,000 Eldon customers a Leave.EU newsletter – something Leave.EU said was an accident.

“It all started with the grand conspiracy of Cambridge Analytica and it’s ended with a fine for a banner ad on a newsletter,” Banks added.

“I don’t know whether they are going to reduce the fines or not based on what we sent them, but we’ve shown them comparisons to other instances where most have not even been fined.

“We dispute whether what we’ve done is even an infraction. If you open an email, most of the time you get advertisements in them, so from our perspective we’ve done nothing wrong.”

Banks went on that he was unhappy at the way in which the report revealing the proposed fine was leaked to media.

He said this breached the ICO’s own guidelines, and said he believed the action was politically motivated to disrupt Brexit.

“The ICO thoroughly prejudiced our response, because in the committee and publicly they said they had fined us.

“We hadn’t been fined because we hadn’t responded. So we’ve told them that they got this wrong and they didn’t follow their own protocols.

“The ICO, in their keenness to make a political point, screwed the whole thing up.”

An ICO spokesperson denied their actions were politically motivated and said that sending embargoed copies of reports was normal practice.

And they added: “As outlined in an information request response to Eldon Insurance and Leave.EU we published details of a ‘Notice of Intent to Fine’ and also gave advance notice to a small number of stakeholders for reasons in line with the ICO’s regulatory action and associated policies.

“The decision was taken in the context of the significant public interest in this case, along with the profile and breadth of the investigation. 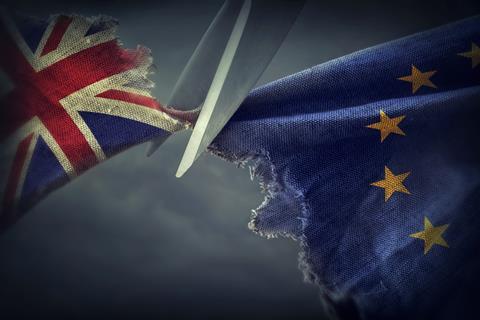