Five (re)insurers – Allianz, Axa, Swiss Re, Munich Re and Zurich are reducing their underwriting and investment exposure to fossil fuels, and thermal coal in particular.

This is because they are prioritising the pull-back from thermal coal related industries because the sector has the highest carbon intensity per unit of energy produced, according to a Moody’s report published today.

It is also for this reason that the coal sector is highly exposed to the adverse effects of transition to a low-carbon economy – leading to rising credit risk, the report said.

Swiss Re is also phasing out its involvement with the most carbon intensive oil and gas producers.

Meanwhile Allianz, Axa and Munich Re are withholding insurance cover from individual coal mines and power plants but continue to insure coal operations of the diversified clients as part of broader insurance packages.

Moody’s predicts the insurance sector’s retreat from coal to contribute to a decline in coal-fired electricity generation.

However, the effect will likely be confined largely to the developed world countries – where the large global insurers have significant market shares

By providing less cover to coal and other carbon-intensive industries insurers are reducing their exposure to the legal liabilities that could arise if climate change is established as a cause of specific damaging weather events.

Reducing exposure to coal will limit liability risks prospectively, but these (re)insurers will remain exposed to potential claims that occurred historically, while insurance coverage was in place.

Some of the key factors that could influence the trajectory of climate change litigation - and therefore insurers’ potential liability has been identified in the report, this includes:

For example, this argument is currently being challenged in the German courts, where a case (Lliuya v. RWE AG) seeking to attribute a portion of historical fossil fuel emissions to one entity, RWE (RWE AG, Baa3 stable) went to trial.

The court of first instance had dismissed the claim due to a lack of causation between RWE AG’s emissions and damage to Lliuya’s property. However, the appellate court decided to hear evidence to determine whether causation could be established.

And insurers that cut their investment exposure to fossil fuels are better protected against the risk of such assets losing value faster than expected due to the transition to carbon-neutral alternatives, as well as creating opportunities to invest in companies providing low-carbon alternatives. 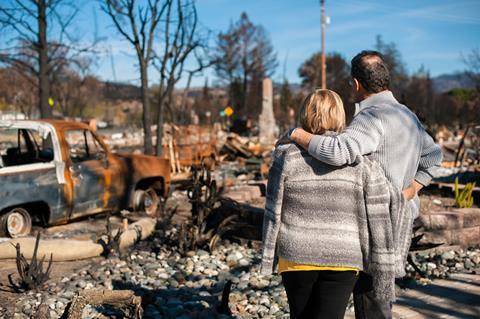