Investors should look at insurtechs as an opportunity to ‘diversify their portfolios’, says global head of insurtech

Global investment in the insurtech sector reached $2.41bn (£1.97bn) during Q2 2022, an improvement of 8.3% compared to the prior quarter, according to a new report by Gallagher Re.

Its Global insurtech report, published on 4 August 2022, noted that although global investment in insurtechs increased between Q1 and Q2 this year, investment in the sector is still 50.2% below the level recorded in Q2 2021 of $8.84bn (£7.24bn). 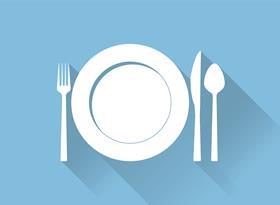 Read more… In Focus: Why is there increased investor appetite for insurtechs from outside the insurance industry?

Around 45.5% of investment deals in the last quarter benefited US-based insurtechs.

The report is a collaboration between Gallagher Re, Gallagher and CB Insights.

Andrew Johnston, global head of insurtech at Gallagher Re, said: “Global markets have struggled since the beginning of the year, with even the most robust stock valuations taking a beating.

“Insurtechs which are set to deliver growth and profitability over the long term now present confident investors with an excellent opportunity to diversify their portfolios.

“A number of them will undoubtedly change the face of our industry – or parts of it – and in some cases are already doing so. As markets begin to recover, those insurtechs should rise to the surface with the utmost buoyancy.”

Johnston added that recent downgrades of company values could open opportunities to M&A and divestitures that were unlikely six months ago.

He explained: “It has caused some insurtechs to coalesce and thrown cold water over many other insurtechs that have previously considered themselves special or unique.

“For both sides of the trade, this moment could be seen as an enormous opportunity.”