However, as it stands, UK drivers will still need them in Ireland

The Irish Motor Insurers’ Bureau of Ireland (MIBI) has today said that irish motorists who wish to cross the border into the UK will no longer require a ’green card’ to do so in the event of a no-deal Brexit.

The UK is due to leave the EU in little over three months on 31 October 2019, and a no-deal Brexit is appearing to be ever-more likely.

’Green Cards’ are the protection motorists who wish to cross borders into the EU and drive there, and vice versa. They must be provided to the customer by their insurer and therefore, insurers have been preparing for a no-deal Brexit by distributing them to those who request it.

But now, it seems Irish drivers will no longer need to carry a green card when travelling to the UK, especially over the border into Northern Ireland, which David Fitzgerald, the MIBI’s chief executive, called a relief.

It was reported that the MIBI issued around one million green cards to insurers ahead of the March Brexit deadline, which now appear to be worthless.

He said: “Thankfully, the UK has now confirmed that valid insurance discs meet the requirements set out in UK legislation and so can be used as proof of motor insurance cover in the UK… This should make insurance recognition much simpler for those travelling to the UK, including Northern Ireland.”

It was reported that the MIBI issued around one million green cards to insurers ahead of the March Brexit deadline, which now appear to be worthless.

How about going the other way?

However, going the other way, UK drivers appear to still require the extra insurance protection when crossing over.

That was not covered in the MIBI’s statement this morning.

It remains to be seen if there is any change, but at the moment, UK drivers are still required to carry green cards if planning on driving in the EU or the EEA. 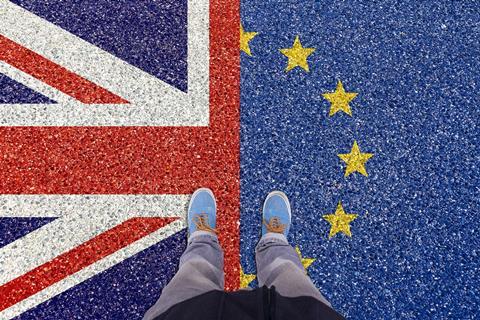