LV= has today announced plans to move from a friendy society to a company limited by guarantee as it releases its annual financial reports.

The company will vote on the decision at a special general meeting on 22 May 2019.

Currently, LV= is a friendly society and is therefore governed by the Friendly Societies Act.

LV= said in its report that it feels “many of that Act’s provisions are out of date” and that it “restricts its ability to manage the business effectively and in the best interest of LV= members.”

LV= would be governed by the Companies Act rather than the Friendly Societies Act if the changes are carried through. However, this potential change does not effect the company’s mutual status.

Click here to see how LV= was rated by brokers in the Five Star report, and have your say!

Richard Rowney, LV= group chief executive said: “Looking to the future, we are today announcing plans to convert from a friendly society to a company limited by guarantee.  Our proposed changes are about LV=’s future as a thriving, successful mutual creating value for our members.

“If implemented they will improve our ability to manage the business in the best interest of members and provide greater flexibility and freedom to compete over the medium to long term.”

All results posted by the GI business remain strong, however most rsults are a slight drop from the year before.

Gross written premiums were posted at £1.58bn, a very slight diminish on the year before, which stood at £1.6bn.

However, LV= says if you exclude the commercial lines business, which has now almost fully transferred over to Allianz as part of the merger, underlying premiums have grown by 6% to £1.40bn (2017: £1.32bn).

Underwriting profit and combined ratio also saw minor falls, but nothing to worry about for the company.

However one thing that did see a drastic fall was the group’s profit before tax.

Allianz transfer ahead of schedule

Rowney did also give an update on the transfer of business, saying this were working well and that both companies are ahead of schedule.

He said: “Our General Insurance strategic partnership with Allianz which came into effect at the start of 2018 is working well.

“We will complete the process of transferring the renewal rights for Allianz personal lines business to LV= in May and remain on track to complete the operational separation of the General Insurance business ahead of plan.

March big question - What opportunities are there for brokers and insurers surrounding Brexit? 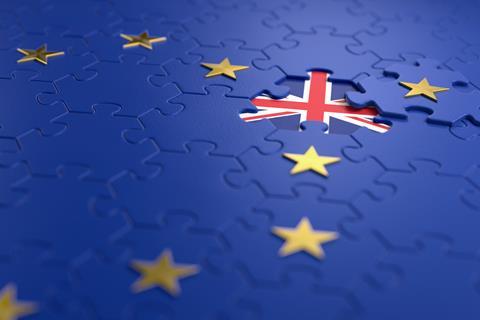