A new cross-industry initiative was privately launched last month which aims to increase the representation of black, Asian, mixed and other minority ethnic professionals in the insurance industry at senior levels.

The initiative, named RACE Action Through Leadership (RATL), was started by a group of senior insurance professionals of colour who are working collaboratively with chief executives and board chairs on “necessary actions to accelerate meaningful change for racial equality” in insurance.

Unlike other networks or groups, RATL enables influential industry leaders, such as chief executive and chairs, to work with senior insurance professionals of colour on building a common understanding of race inclusivity and agreeing a consistent set of actions.

Rob Anarfi, RATL’s co-chair and global head of compliance at insurer Beazley, said: “Our industry’s chairs and [chief executives] in the RATL initiative have jointly demonstrated their passion to improve the representation of race in our industry. They have committed to take and demonstrate personal accountability for the necessary changes and that is exciting.

”This could be the ingredient we’ve been missing to bring together all the progress we’ve made in recent years, particularly over the last year, to make meaningful change.” 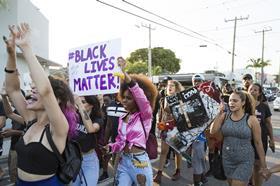 The chairs and chief executives are referred to collectively as ‘ambassadors’ and they have agreed that RATL’s initial focus will be on:

A key responsibility of the ambassadors will be to demonstrate allyship, advocacy and active accountability.

The senior professionals of colour, referred to collectively as the ‘advisory board’, will support the ambassadors and act as their sounding board.

The initiative will also work closely with and complement the work of other networks, such as The Insurance Cultural Advisory Network (iCAN) and African-Caribbean Insurance Network (ACIN).

Maxine Goddard, advisory board member at RATL and senior vice-president of strategic distribution at Sompo International, added: “As we continue to modernise our industry, all of our senior insurance leaders, whether brokers, carriers or other support agencies, need to be able to get to that point of being able to confidently have those uncomfortable conversations about race.

”This is the only way to move forward with both authenticity and empathy. We thank all of our chief executive and c-suite ambassadors who have been bold and tenacious in getting involved.”

Founded in 2020, RATL was initially organised after the Black Lives Matter campaign launched last year - the advisory board member all leaned on each other for support and advice during this time.

A group of advocates are also involved with RATL and support the initiative. These include the ABI, Biba, London Market Authority (LMA), The Insurance Supper Club (ISC) and AIRMIC.