The trade association has has also made two further appointments

Baroness Nicky Morgan has joined the ABI in a newly defined role as its first independent chair.

Morgan will take over from Jon Dye who is stepping down having served as the ABI’s chair since July 2019. 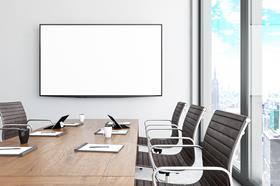 In a post on LinkedIn Morgan said she was delighted to take up the role and that she was looking forward to working with the trade association’s “stellar team”.

The independent chair will chair the ABI board and the new Reputation and Customers Committee.

In addition to this, the ABI announced two further appointments including Hannah Gurga as its new director general, she will the helm in early 2022. He replaces Huw Evans who revealed he was stepping down from the role in December to join KPMG as a partner in the new year.

Gurga joins from UK Finance where she was managing director, digital technology and cyber and chief of staff.

She has also previously worked for the London Stock Exchange Group, markets operator, ICAP and HM Treasury alongside other government roles.

The role of the INED includes being a member of the Audit Committee, the Reputation and Customers Committee and the Appointments and Remuneration Committee, as well as attending other keyboard sub-groups as appropriate and acting as the SID of the Board.

The two new board roles have been introduced as part of the reforms announced earlier this year to bring fresh external perspectives, enrich diversity of experience and reinforce strong governance.

The board appointments have commenced this month for a period of three years, and the roles are focused solely on internal activity and governance.