Former chairman of the Chartered Insurance Institute (CII) Reg Brown is spearheading a fundraising campaign for a pop-up insurance museum, to be situated on Whittington Avenue near Leadenhall Market.

The pop-up site, estimated to cost around £3m, will act as a centre of operations and trial run for a permanent insurance museum, which Brown said is inspired by the nearby Bank of England Museum.

The pop-up venue, which will operate for between three to four years, will feature an educational cinema, historic coffee shop, classrooms and a sample of some of exhibits earmarked for the permanent site. Brown even hopes to run courses to help graduates get their heads around working in the insurance sector.

As well as test the cost-efficiency of the long-term project, the pop-up will further encourage fundraising and generate feedback from early visitors.

“We’ve got so many stories that could inspire the next generation and a lot of those stories are tied to heritage items locked away in basements. It should be out on display.”

On achieving £3m of funding, Jonathan Squirrel, director at Ocean Barefoot, which is assisting with the projection completion, said that the team aim to open the doors of the pop-up site in spring, potentially April 2020; ideally, the Insurance Museum would occupy the site from December-January 2019 in order to prepare the venue.

The pop-up site and future permanent museum has already garnered support from the City of London Corporation, which is helping to find a suitable long-term home for the museum in the EC3 area, as well as big-name insurers and intermediaries such as Aon, Aviva, Hiscox, Marsh and Beazley, to name a few; these organisations have committed to sponsor the ongoing project.

All trade associations within the insurance trade have confirmed support for the museum too.

Brown added that Aviva has also offered some of its artefacts stored in Norwich to be loaned to the museum.

The Insurance Museum is currently setting itself up as an independent charity, which will be monitored by three trustees. Once this has been completed, fundraising can continue in earnest to generate the £3m needed for the initial pop-up.

This is the first rung on the ladder. With regards to the permanent museum, Brown aims to adopt a multi-channel approach, utilising a film and social media, as well as the museum itself, to tell the global story of insurance.

Wishing to appeal to schoolchildren, tourists and the industry alike, the museum’s content will cover topics such as fraud and climate change, as well as events such the Great Fire of London and the sinking of the Titanic, demonstrating how these calamities impacted on the insurance industry.

Squirrel even strives to have a Virgin Galactic spaceship on-site, to highlight the complexity of certain insurance risks.

Brown said: “For me, whatever time I’ve got left, I want to create something to encourage the next generation to think about insurance as a career and to restore the faith of the public in the insurance business because we’re getting so much bad press at the moment. PPI and all that stuff. We’ve got to restore the confidence and the faith of the public in the central good that we do.” 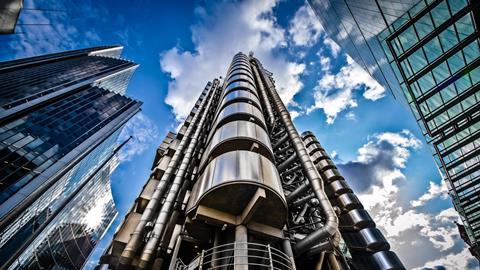