Insurance for customers using the facility as self storage is compulsory

Shurgard – a self-storage warehouse based in Croydon Purley Way was “destroyed”  by a fire on New Year’s Day.

Insurance at the warehouse is “compulsory” for all contents stored there, either through Marsh the firm’s own insurance broker or independently.

Estimated losses are unknown at the moment, but the London Fire Brigade has branded it a “significant fire” as the “whole four-storey building was alight.”

Graham Ellis, assistant commissioner at the scene of the incident explained that “self-storage units are technically very difficult fires to manage as it’s difficult to know what is being stored.”

He added that the cause of the fire is not yet known at present.

Meanwhile Shurgard posted a press release following the incident stating that the firm wishes to “react to the fire.”

It said: “The building caught fire around 7:45 PM on December 31 2018. No casualties have been reported by the London Fire Brigade. The entire building has been destroyed. Damage to the surrounding area seems to be limited, but for safety reasons traffic has been blocked for the time being.”

The self-storage warehouse added that it “will be contacting every customer within 48 hours to help with claims procedures.”

It rents out 1198 units to its customers and said they are “the first priority.”

It is “also collaborating with the London Fire Brigade and the local police, as well as the insurance company, in order to identify the source and cause of the fire.

It said it will provide updates as information becomes available.

Shurgard declined to comment further but reconfirmed that it is “focused on helping customers.”

Laura Hughes, senior policy adviser at ABI said: “If you have fallen victim to the blaze at the Croydon Shurgard self-storage facility – you should have taken out the necessary contents insurance (which will cover fire damage as standard) at the start of your contract as this is a compulsory element of the use of their facilities.

“Therefore, you will need to get in contact with your insurer if you arranged the contents insurance independently or speak to Shurgard’s own insurance broker Marsh via the claims form on their website or follow the instructions for making a claim provided in your policy documentation.” 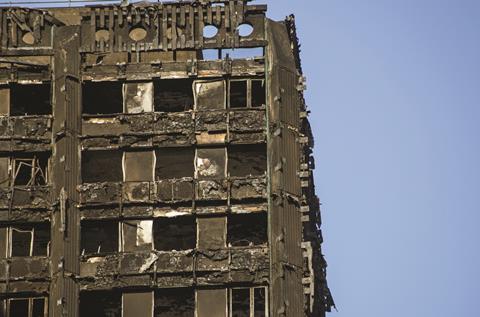