The Supreme Court last week dismissed an appeal from the International Insurance Company of Hanover, ruling that an exclusion in its public liability policy was not applicable in a case where a door steward killed a bar patron in Aberdeen.

The case, Burnett or Grant v International Insurance Company of Hanover, regards the death of Craig Grant in 2013 following a visit to Aberdeen’s Tonik Bar. Grant was killed during an altercation as he was ejected from the bar by door steward Jonas Marcius, who was employed by Prospect Security.

Marcius applied a neck hold to Grant during this altercation, which led to Grant’s death at the scene. The cause of death was detailed as mechanical asphyxia, the medical term for compressing the neck.

The High Court in Aberdeen convicted Marcius of assault rather than murder, stating that his actions were badly executed, not badly motived. He was given a non-custodial sentence.

Prospect Security, Marcius’ employer, has a public liability insurance policy with the International Insurance Company of Hanover. This policy included an exclusion that said “liability arising out of deliberate acts” of an employee was excluded from the policy’s coverage.

In March 2016, Grant’s widow bought claims for damages against a number of involved parties, including the insurer. She argued that the International Insurance Company of Hanover would be liable to indemnify Prospect Security, which is in liquidation, in respect of its vicarious liability for the wrongful acts of Marcius. She said that the right to be indemnified should be transferred to and vested in her under the Third Party (Rights and Insurers) Act 2010.

The insurer, however, sought to have the claim dismissed on the basis that it was not liable to indemnify Prospect under the PL policy as Marcius’ actions fell within the exclusion of “deliberate acts” in clause 14 of the policy. Plus, any liability to indemnify arose under extension three of the policy, which provided coverage for public liability for wrongful arrest limited to £100,000. 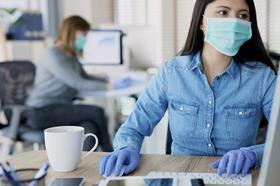 Grant’s claim succeeded before the Lord Ordinary and the insurer’s appeal was dismissed by the Court of Session. The company then appealed to the Supreme Court.

Although the Court accepted the insurer’s argument that “deliberate acts” as stated in its public liability policy refers to acts which are intended to cause injury, it rejected the contention that the clause extends to recklessness - especially due to the nature of Prospect Security’s business, which presents a clear risk that door stewards will use a degree of force in carrying out their duties.

The Court ruled that the clause 14 exclusion, therefore, does not cover reckless acts.

A summary of the finding explained: “The natural meaning of ‘deliberate’ acts is the conscious performance of an act intending its consequences. This involves a different state of mind to recklessness.

“The insurer has not been able to produce any case in which ‘deliberate’ has been held to include recklessness.

“If, exceptionally, ‘deliberate’ was intended to include recklessness, one would expect it to be made clear what that means in this context. Further, an exemption of reckless acts would seriously circumscribe the cover provided, as it would lead to a very wide and commercially unlikely exclusion, given the nature of Prospect’s business.

“There was no finding by the courts of intention to injure, or even recklessness. The conviction for assault does not establish any intention beyond an intention to perform the act of assault, namely the neck hold. The sentencing judge concluded that what was done was ‘badly executed, not badly motivated’, which is inconsistent with such an intention.”

The Supreme Court also decided that the losses claimed do not relate to wrongful arrest.

The International Insurance Company of Hanover declined to comment.