The reinsurer has a 15% global market share in event cancellation cover, which could now be claimed for coronavirus-related cancellations

Global reinsurer Swiss Re has confirmed that it could face a $250m (approx. £215m) loss if this summer’s Tokyo Olympics are cancelled because of the coronavirus pandemic, as reported by Law360.

During an investor call last week, the Switzerland-based organisation also announced that it has “mid-three-digit” exposures due to other events this year now being cancelled due to Covid-19 risks.

The firm told investors that it has a 15% global market share in event cancellation insurance, which could now be claimed because of coronavirus-related cancellations, such as sporting events or concerts.

John Dacey, group chief financial officer at Swiss Re, told Law360: “We assess all of these potential impacts to be entirely manageable at this point.”

The majority of event cancellation policies do not cover losses from communicable diseases, such as coronavirus, excepting where cover is sold as an add-on.

This coverage, however, is typically only triggered when governments stop events from going ahead, rather than when organisers cancel events or when attendees drop out.

Yesterday, the executive board of The International Olympic Committee (IOC) said in a statement that it would “step up its scenario planning” for the Tokyo 2020 games.

This will include discussions with the Tokyo 2020 Organising Committee, the Japanese authorities and the Tokyo Metropolitan Government, which will take place over the next four weeks – this will ultimately decide whether or not the games will proceed on 24 July as planned or be postponed.

The statement read: “These scenarios relate to modifying existing operational plans for the games to go ahead on 24 July 2020, and also for changes to the start date of the games.

“This step will allow better visibility of the rapidly changing development of the health situation around the world and in Japan. It will serve as the basis for the best decision in the interest of the athletes and everyone else involved.

“A number of critical venues needed for the games could potentially not be available anymore. The situations with millions of nights already booked in hotels is extremely difficult to handle, and the international sports calendar for at least 33 Olympic sports would have to be adapted. These are just a few of many, many more challenges.

“The IOC [executive board] emphasised that a cancellation of the Olympic Games Tokyo 2020 would not solve any of the problems or help anybody. Therefore, cancellation is not on the agenda.”

According to its 2016 report, the IOC spent $468m on the Rio Summer Olympics, including $12m on insurance premiums – financial analyst company Jefferies said earlier this month that it predicted the insured cost of the 2020 Olympics, including TV and sponsorship, to amount to $2bn. 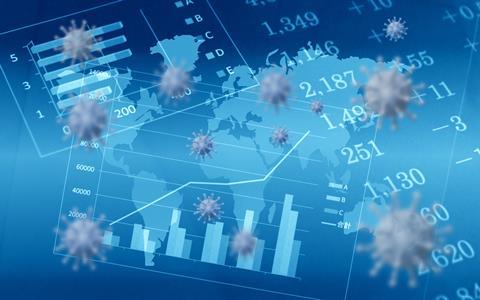