Edwards’ new role is an internal promotion from his former position as head of strategic finance at Zurich UK, where he was responsible for systems, data and strategic projects across life and general insurance.

He has nearly a decade of experience at Zurich, including two years as its chief of staff.

The insurer said that it hoped Edwards would help to drive the continued growth of its retail business - for example, it saw significant growth in etrading volumes in 2021 and carried out 99% of its new SME business via its self-service etrading platform.

Speaking on the appointment, Zurich’s head of retail David Martin said: “Will’s appointment reflects the deep pool of talent we have at Zurich and I look forward to working with him in this pivotal role. 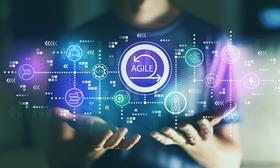 “With his technical expertise and extensive knowledge of the business, Will is perfectly placed to help grow our SME business and further enhance the broker experience.”

Edwards added: “Zurich’s SME business has undergone an impressive transformation and I’m excited about working with the team to lead the next phase of growth.

“My overriding priority will be to listen to brokers and ensure we deliver the highest level of service and make it as frictionless as possible to trade with us.”

Martin also wished Tombs well in the next stage of his career and thanked him for his contribution to enhancing the agility of Zurich’s SME business.

Tombs began his career with Zurich as a residential property underwriter in 2003. Subsequently, he held positions such as commercial product development manager and head of small business insurance and etrading before spending four years as head of SME.