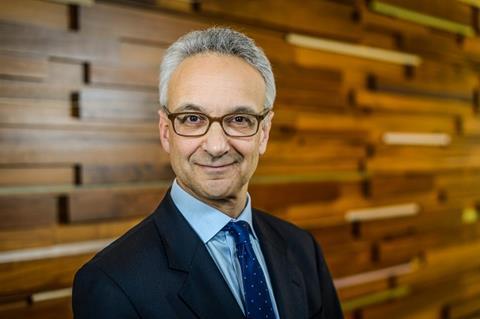 Reizenstein is retiring to pursue a non-executive career, the insurer said. He will step down after Direct Line Group’s annual general meeting in May 2018.

Reizenstein has been Direct Line Group’s chief financial officer since December 2010 and is part of the executive team that led the insurer’s separation from former parent RBS and subsequent float on the London Stock Exchange in 2012.

James is also a non-executive director at Admiral. She will leave the Prudential board on 30 September 2017 and the Admiral board with immediate effect.

Direct line Group chief executive Paul Geddes said: “I am delighted that Penny is joining Direct Line Group. She brings a wealth of invaluable experience to the role, as well as an enthusiasm that will be a great fit with Direct Line Group’s culture.

“At the same time, I will be sad to see John leave. He has been instrumental in leading Direct Line Group through a transformational period - from a division of a bank, through a successful IPO, to being an independent listed company.”

Reizenstein added: “It’s been a privilege to play a part in the development of Direct Line Group as a successful FTSE 100 insurer. The company has great prospects and I wish Penny and the team every success in pursuing the Direct Line mission of making insurance much easier and better value for customers.”