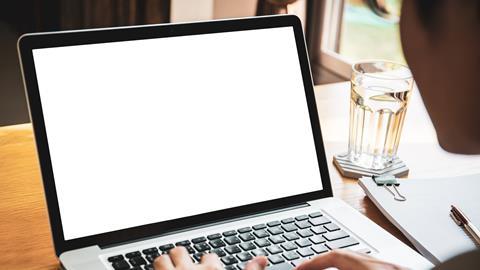 Thomas Stuart, insurance development director for Acturis, on how etrading will soon be the norm and the way it is transforming how the insurance industry does business

Having introduced commercial etrading to the market in 2000, we are delighted that Acturis is still recognised as the premier software system for brokers, insurers and MGAs. Of course, that success isn’t ours alone – it is shared with all of our users.

Back in 2000, we could see the way the market operated wasn’t going to work long term, so we did something about it. But that was two decades ago – how will etrading influence the market over the next five, 10 or even 20 years?

For a start, I don’t think we’ll be calling it etrading. It will become so normalised that it will just be the way everyone does business. So much so in fact, that products will be built for digital by default. Those who insist on trading with analogue products will be selected against, just as happened in personal lines.

And behind those digital products will lie far more intelligent, powerful data sources and artificial intelligence tools that will reduce the need for keying in raw data to the point that it will simply be a painful memory of a bygone age. In addition, mid-market risks will  increasingly be traded digitally.

This will create greater efficiencies for brokers and insurers alike, but it will mean a fundamental change to the way underwriters operate. Even if they are still manually underwriting (an approach I predict will never die), the cover that knowledge informs will be traded digitally.

It’s not just the size of risk, but the complexity of it too. There is an assumption that some products just can’t be traded digitally, but we were told the same thing about commercial combined and look where we are now. The reality is, no matter how complex the risk is, it will be traded digitally one day, and that day will come sooner than many think. Regardless of how the technology is applied, adoption is so widespread that it is now a race to embed more of it and to be first in doing so to secure a competitive advantage.

Those that adopt and adapt at pace, both technically and culturally, will not only secure an immediate upper hand, they will win out in the long term. And it isn’t just a local digital advantage on offer. Acturis’s presence in international insurance markets tells us that the UK is streets ahead, a huge advantage in an increasingly global marketplace and one that it would be foolish to let slip through our fingers.

We have all the ingredients to make all of this a reality, but it won’t happen just because we want it to or because we think it’s inevitable.

It will only happen if every party – software houses, brokers, insurers and MGAs – want it to because of the undeniable efficiencies it brings, internally and to clients. The market has come a long way since Acturis introduced etrading, but the reality is we are still in the foothills of what is possible. If you think the last two decades have been a rollercoaster, wait until you see what the next two bring.