Acturis saw revenues grow by 28% for the year ending September 2018, as it added a record number of new broker and insurer users to its system.

“Even against the backdrop of a challenging economy, Acturis has continued its run of double-digit revenue growth,” commented Acturis co-chief executive Theo Duchen.

“This is the result of continued broker wins and market expansion including the migration of Towergate, the biggest software house move the market has seen for several years, as well as numerous significant broker wins from across the software house market such as Griffiths & Armour, UK Global, Mason Owen, Bollington Wilson Group, Bruce Stevenson and independent broker Willis Insurance and Risk Management.”

The contracts took Acturis past 20,000 users.

Continued investment in its personal lines proposition, and an expansion into mid-market underwriter tools and complex e-trade was also credited by Duchen as boosting its capabilities for MGAs and insurers.

McDonald said investment had been key in its stronger performance.

“Once again we have maintained our strong financial performance and strategic position thanks to continual investment in our team, products and services,” he said.

“Our research and development investment increased year on year to nearly £14m. This constant focus on improved functionality and infrastructure allows us to deliver best-in-class availability, scalability and reliability.”

McDonald said its plans for international expansion were so far succeeding.

He added: “We have also integrated our German portfolio and started the move to cloud, reinforcing our position as the leader in broking software in the German market.

“At the same time, our first broker in the Caribbean highlights the success of our international expansion strategy.

“Looking ahead, we are well-positioned for the future, with the recent change in minority investor to Astorg supporting further international organic development and acquisition opportunities.” 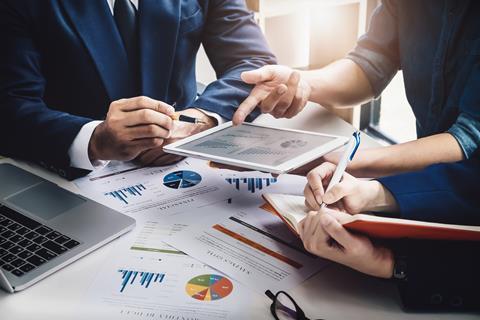