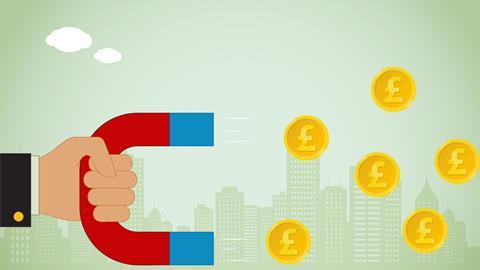 There is still more to come for the insurtech sector in terms of funding, according to Andrew Johnston, global head of insurtech at Willis Re.

Speaking exclusively to Insurance Times, Johnston, said: “The overall message is that there is still a lot of investment looking for a home labelled ‘insurtech’.”

Johnston said that two-thirds of the $4.8bn quarterly investment total was from eight deals alone - he suggests that this demonstrates “a maturation of a cohort of companies that have managed to attract a lot of capital, driving this number”.

He expects insurtech funding to increase moving forward because there is so much capital and a “fairly bullish view about what insurtech might deliver”.

“It’s not that strange to see these massive raises anymore,” he added, citing the number of insurtechs that have reached unicorn status in H1 this year - including Bought By Many, Zego and Tractable.

He believes that insurtech unicorns will continue to rise due to both inflation and the fact that insurtechs tend to be more cash intensive.

The Covid-19 pandemic has impacted insurtech funding too. Johnston said: “It impacted funding last year to the extent that some insurers and reinsurers were distracted - we saw a dip in the numbers of Q1 last year.

“Overall, Covid - taking into account the human tragic element - has been the best thing that could have ever possibly happened to insurtech in terms of pushing the remote and digital agenda [and] making it very clear to our industry just how valuable technology can be if it is used in the right way.”

On the flipside, however, Covid-19 also created “very volatile market conditions”, which affected how people viewed insurtechs as an investment option. 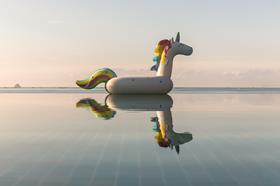 “Anyone that was questioning the value of technology before the pandemic probably isn’t anymore because we survive on this remote capability,” Johnston said.

He believes the UK progressing out of the pandemic will not change insurtech investment in the short-term.

“We are already seeing in Q3 that there is so much money to be had and I think lots of these businesses are doing quite a nice job of attracting capital. Certainly, that core cohort that attracts a lot of attention is not struggling to attract cash,” he continued.

As an example, he cited fintech and challenger bank Revolut, which was founded in July 2015, now being worth $33bn (£23.7bn), which is more than competitors Barclays and Societe Generale.

Historically, funding has been scarce for insurtechs.

Considering why this has changed, Johnston said: “First [is] to acknowledge that the term ‘insurtech’ itself is being increasingly adopted by lots of different businesses [that] 10 years ago may have been a normal startup or insurance play.

”[These businesses are] now being labelled as an insurtech because [they are] technologically enabled and there’s value in adopting the term.

“[Secondly] these businesses are growing and maturing - as they evolve, they become more capital intensive.”

Plus, more organisations are now looking to invest and, equally, more businesses are seeking investment.

Although Johnston believes this investment cash was also available pre-pandemic, he thinks it was probably just “sitting on a balance sheet” because of a lack of confidence from would-be investors. In his view, a lot of non-industry investors are looking at insurtech more favourably now compared to three years ago.

For example, if some insurtechs had started to “move wheels” towards a fundraise before Covid, he reckons this would have “polarised the haves and the have nots”.

However, lesser known insurtechs may still encounter investment difficulties today due to the decrease in face-to-face networking arising from coronavirus’ social distancing measures.

Johnston added that he does not see insurtechs being phased out - instead the term itself could become increasingly meaningless ”maybe over the next decade”.

Insurtech, short for insurance technology, is a subset of fintech that refers to technology that is designed to enhance the operations of insurance.

For example, insurance companies are leveraging technologies such as big data, artificial intelligence (AI), consumer wearables and smartphone apps to transform the way they do business. 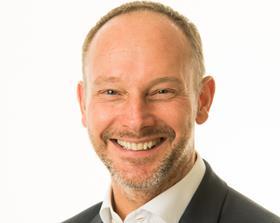 Johnston continued: “If everything that is anything coming into our industry is technologically enabled, then what purpose does it serve for the long term? It’s almost an unnecessary thing to state because it becomes so obvious at that point.

”When the term was first used, it was to describe something that people could not quite otherwise [describe], which is why it [is] such a vague term.

“Pre-2016, it was quite clear from a demographic perspective [which] companies were [insurtechs]. But since the term was readily adopted by our industry, it’s a catch-all for anything that’s even remotely non-traditional.

”I think people will use the term to the extent that it has value in the investment [sector] and in company valuation, it undoubtedly adds value.

“Dropping the word tech in there can double the value of a business, but over time I don’t think it will be necessary to stipulate that a business is an insurtech.”

He argued that Direct Line, founded in 1985, could be classified as the “first insurtech” because in the 90s, few businesses were using telephones to sell insurance.

Prior to telephones revolutionising how insurance was sold, cover was touted via door knocking, banks or building societies.

Johnston is based in the south eastern region of the US - he noted that buying insurance online is still a “rare thing” there.

“I would say that, perversely, the dawn of this technology has made the human more important because things like risk judgement, negotiation, expertise on certain classes can really only be done by humans. But technology is freeing up their time to become better salespeople,” he added.

In this way, the insurance industry has “come full circle”, he said, which is especially true in commercial lines.

Personal lines, however, is more moving towards an online, direct to consumer (D2C) model, if under a certain price ticket. He added that in Europe, white goods insurance or personal lines is often done remotely.