It is ‘too early’ to tell, however, how the FCA’s new pricing rules will have an impact, says general insurance manager

The average price paid by UK households for both home buildings and contents insurance in 2022 fell to record lows during Q1 2022, according to the ABI’s latest Household Insurance Premium Tracker, published today (12 May 2022). 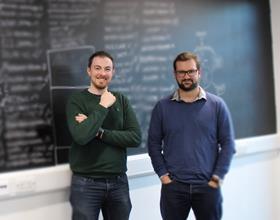 The institute’s tracker looks at the price consumers pay for their cover, rather than the price they are quoted.

The average price paid for contents insurance was £114 – down 11% compared to the first three months of last year.

The two business lines are seeing their lowest average premiums since the ABI started collecting data in 2012.

Buildings and contents insurance combined, meanwhile, fell 2% to an average premium of £307 – the lowest level it has been over the past four years.

The news follows ABI revealing that the average cost of motor insurance had fallen by 5% last week (5 May 2022).

ABI’s manager of general insurance, Laura Hughes, said: “Many households struggling to cope with the cost-of-living crisis will be reassured that the cost of protecting their home and their possessions has remained competitive, despite the increasing costs of construction materials and labour.

“The recent storms in February, which it is estimated will lead to insurers paying out £500m to affected customers, is a dramatic reminder of the vital financial protection home insurance provides against unexpected and costly events.”

Between 16 and 21 February 2022, three storms swept across the British Isles and continental Europe – these were storms Dudley, Eunice and Franklin.

Hughes continued: “It is too early to assess the impact of the FCA’s changes to the rules on pricing of home and motor insurance introduced on 1 January 2022.

“While, as the regulator has said, this could lead to some consumers paying higher prices if they used to benefit from significant new business discounts, for some it could still pay to shop around for the policy that best meets their needs.”