The new hire’s ‘wealth of insight’ means he is the ‘the perfect fit’ for the insurer, says its director of personal lines underwriting and pricing 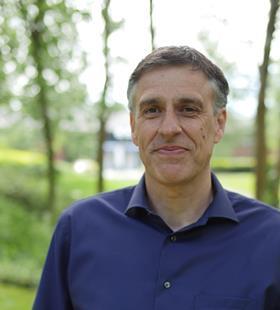 In this role, Mercier will have responsibility for managing and developing Ageas UK’s underwriting strategy for its standard motor portfolio, supporting the insurer’s overarching aim to “become a focused leader” in broker-traded personal lines.

He will report to Glyn Hughes, director of personal lines underwriting and pricing at Ageas UK.

Mercier has previously worked at Axa, Direct Line Group and most recently, Aviva.

Speaking on the appointment, Hughes said: “Neil’s wealth of insight into personal lines makes him the perfect fit as we focus with laser-like precision on what we do best. That’s personal lines insurance, digitally traded through intermediated channels.

“Our most recent broker feedback shows underwriting expertise is one of the biggest areas in which we satisfy our brokers and I’m pleased we’re adding to that expertise even further with Neil’s addition to the team.”

Mercier added that he was “excited” to join Ageas UK due to its “well-earned reputation” and “clear direction”.

He continued: “Ageas has a well-earned reputation as a great insurer to work for and I’m excited to be a part of the team.

“Working for a business that has a clear direction is always a recipe for success and it’s something that Ageas has in spades with its latest strategy, combined with its strong heritage as a motor insurer.”