Ardonagh has found the ‘perfect match’ with the acquisition of Portuguese Lloyd’s broker MDS.

The Porto-based broker also has offices in Angola, Mozambique, Spain, and Malta.

The deal comes just weeks after Ardonagh announced fresh investment, backed by a Middle Eastern oil giant, as it looks to boost its global acquisition ambitions. 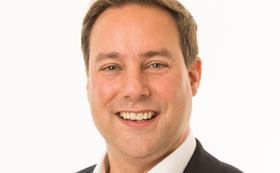 MDS has 900 staff and revenue of €74.8 million. MDS manages over €500 million in insurance premiums for 1.2 million private and corporate clients each year.

The Lloyd’s outfit brokes property and casualty, retail and wholesale. It has a Malta office which offers alternative solutions including captive and reinsurance to large clients.

Fonseca said: “Having considered our future very carefully, we saw in The Ardonagh Group and its leadership a perfect match for our vision and growth ambitions.”

Ardonagh Global Partners CEO Des O’Connor said it was a ‘privilege’ to partner with such a well-respected broker.

Chief executive David Ross said: ”We launched Ardonagh Global Partners at the start of the year to offer a home for businesses and management teams across the globe which want to plug into our commercial capabilities and resources, whilst maintaining the client service and culture that made them successful in the first place.”

The deal will be funded with a combination of debt and equity. It is subject to regulatory approval.