Aviva has called on the UK government to include spoof financial scams in the scope of the Online Safety Bill (OSB), after its latest research revealed a correlation between debt and fraud.

The insurer’s fraud report, which looks at fraud and financial scams relating to insurance, pensions, savings and investments, found that 13% of Brits have fallen victim to a coronavirus related financial scam.

Of this number, 66% said their total debts had increased over the last year. 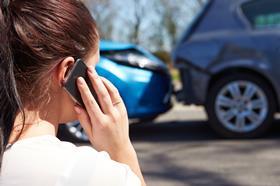 The research, commissioned by Aviva and initially published in August, was conducted by Censuswide with a sample of 2,005 nationally representative respondents between 30 June and 5 July 2021.

”While overall savings went up during the pandemic, there are still many people with debt or who have erratic income who are susceptible to fraud.

“Fraudsters understand that those with low financial resilience are more likely to be looking for ways to save money, reduce debt, or grow any cash they have, making them more susceptible to fraud.

“As government withdraws financial support for businesses and individuals and some consumers feel increased financial pressure, we expect to see more fraud in the coming year.”

Aiming to identify and remove harmful content on the internet, the draft OSB was published on 12 May 2021.

Aviva’s research found that almost 87% of respondents think the government should legislate to ensure search engines and social media sites do not mislead consumers or promote financial scams.

Pisano added: “The current online environment combined with challenging economic conditions and increased financial strain on consumers is creating the perfect storm for fraudsters to exploit the most vulnerable.”

Aviva’s report further found that 46% of all scam victims said the experience had negatively affected their mental health, while 45% said their trust in others had been impacted and for 37%, their confidence in the financial services system had been knocked.

Meanwhile, 23% of all those surveyed said their total amount of debt had increased over the past year. This rose to 32% for 16 to 24-year-olds.

In addition, 66% of respondents said saving money on household bills has increased in priority since the Covid-19 pandemic began.

Action Fraud data, published by the FCA on 27 January 2021, reported that £78m was stolen using clone firm investment scams between January and December 2020.

Similarly, fake comparison websites are also being created by fraudsters, which encourage consumers to provide information about themselves and the product they are interested in buying, under the guise of getting the best deal.

Pisano said: “Clone firm investment scams can be extremely convincing and pretending to be a well known brand name is fundamental in persuading consumers to part with their cash, which could be their life savings.”

He gave the example of people approaching retirement age, who have access to their pension pot and are browsing the internet in the hope of finding higher returns in what is currently a low interest environment, as falling victims to such scams.