The insurer is committed to limiting the warming potential of its investments to 1.5 degree Celsius by 2050

The report, titled 2021 Climate Report: The Decisive Decade, stated that AXA is using the Paris Agreement as its road map towards its aim of limiting “warming to 1.5 [degree Celsius] by 2100”. The insurer further noted that it needs to achieve a 45% drop in CO2 emissions between 2010 to 2030 to hit this target.

To help action this, the business will “mobilise private sector capital to finance the EU green deal” and ”leverage new forward looking climate metrics to assess the climate impacts of individual companies and sectors”.

The Paris Agreement is a legally binding international treaty on climate change. It was adopted by 196 parties attending the 2015 United Nations Climate Change Conference (COP 21) in Paris on 12 December 2015.

Thomas Buberl, AXA’s chief executive, said: “A decisive decade begins in the fight against climate change. Our climate report is an essential tool for measuring the effectiveness of our strategy and the distance we still have to go to meet the Paris Agreement targets by 2050. 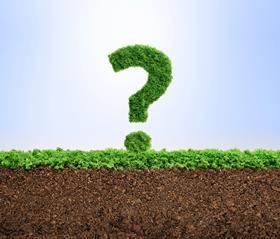 “There is still a long way ahead. We must all commit to accelerating the transition to lower carbon and more resilient economies. AXA is determined to play its part.”

The report highlights the “warming potential” methodology, which measures the impact of the group’s investments on global warming by 2050.

This year, AXA’s warming potential stands at 2.7 degree Celsius, which is significantly below the market average of 3.2 degree Celsius.

This indicator is key for AXA - the firm is committed to limiting the warming potential of its investments to 1.5 degree Celsius by 2050.

Furthermore, it has a target to have €25bn of green investments by 2023.

The warming potential methodology is used by the financial industry to measure its climate impact, anticipate and manage climate-related risks for its business and stakeholders and determine effective action plans.

AXA’s current climate and biodiversity strategy was last updated in November 2019. It features the following developments for 2020 and 2021, supporting the insurer’s alignment with the Paris Agreement:

In addition to this, AXA has also called for the creation of an industry-led alliance to promote climate neutrality in insurance underwriting practices. Called the Net-Zero Insurance Alliance, it is now actively building this coalition.

For example, as part of this committment, AXA restricts insurance coverage for coal and oil sands related assets.