It’s been a busy time of late for pay-as-you-go motor insurer By Miles. Insurance Times caught up with the disruptor to talk about its journey so far and what the future holds for motor and insurance

By Miles, the pay-as-you-drive motor insurer had a productive day yesterday after it announced joining the ABI as an associate member and was given a 5-star rating from Defaqto.

Underwritten by AXA, the insurer is targeting customers who don’t drive as much as they think.

Founder and chief executive, James Blackham said: “We want to target those who drive less than you would expect. Those who drive lower than the national average of about 7,000 miles.

“So there are a lot of people who don’t drive most of the time. Whether they work in the city or live in the countryside somewhere, their cars are parked on their driveway most of the time.

”But when filling out forms for motor premiums, they would often say they drove more just to cover themselves.

“We’ve had some customers tell us that the price of their car insurance premium with their previous insurer hasn’t actually changed if they’ve put their mileage up part way through a policy. We’ve heard of drivers staying on the same premium even when they’ve altered their estimated mileage from 5,000 to 10,000 miles. So they’ve been paying the higher rate all along, which definitely isn’t fair.”

With its success so far, By Miles credits AXA as a large factor in its story so far.

“The deal came about late last year. Ourselves and the InsureTech Gateway approached AXA, as well as a number of other insurers, for backing,” Blackham continued.

”We felt AXA was a good fit for us because they had a real appetite for being creative and were quite forward-thinking when it came to innovation.”

Head of brand and communications, Oliver Baxter said: “So far, they have shown a real appetite for innovation and have been a very good partner to us.”

By Miles announced yesterday that it has been given Defaqto’s top rating of 5 Stars for the quality and comprehensive coverage of its motor insurance policy.

The rating from Defaqto means that By Miles’ car insurance policy is one of the highest quality offerings on the market.

A spokesperson at Defaqto says: “Our Star Ratings assess the level of quality and comprehensiveness of the features and benefits offered by all car insurance policies in the market.

”They provide an at a glance view of where a product sits in the market to help consumers make a better-informed decision about the product they are purchasing.

”The By Miles’ car insurance has achieved a 5 Star Rating, as it one of the best quality propositions on the market.”

Blackham said he was “honoured” to be given the top rating.

As well as the Defaqto rating, By Miles joined the ABI as an associate member yesterday also.

The ABI’s associate membership category has been developed to meet interest from the burgeoning insurtech market in joining the ABI - as well as non-insurance companies, such as legal firms, consultants, price comparison sites, and a wide variety of suppliers.

James Dalton, director of general insurance at the ABI, said: “I’m excited to welcome By Miles as the ABI’s latest associate member. As consumers’ needs and everyday demands evolve and adapt, the insurance market is doing so, too. By Miles is a leading innovator in the motor insurance market and I’m sure we’ll benefit from their membership of the ABI just as much as they will.”

Blackham said the company is ”delighted” to join the ABI as an associate member.

“With the support and experience of the ABI and its members, we hope we’ll be able to continue to have the conversations that matter, making the world of car insurance simpler, fairer and more flexible for UK drivers.”

Blackham explained how witnessing an accident and a conversation with a cab driver led to the idea behind By Miles.

”Callum (Rimmer, co-founder) used to work together at Goldman Sachs, and we both found the insurance space interesting.

“Then, one day coming out of the pub, we saw a cab crash into a bus. We thought the two drivers were going to get out and be in each other’s face, but they were very calm, which surprised us.

“I went up to the cab driver and spoke to him and he said to me: ’well when you do as many miles as me, you’re bound to have a crash.’”

Blackham then explained how he would change his mileage while looking for a quote on a comparison site, but still get the same price.

“If you put in lower mileage, that is when prices could go up because insurers will just assume that you’re lying,” he said.

And that, he said, was the genesis of By Miles.

By Miles says it’s already thinking about the shift from traditional vehicles to assisted driving or autonomous vehicles.

“With our pay-per-mile model, we could insure the miles where a driver is actually driving and split that out from when the car is driving itself. Then, if the car’s driving miles in autonomous mode, the manufacturer would be responsible for that insurance,” Blackham explained.

”So, if a driver does a 100-mile trip, but only drives 25 miles, and the other 75 is done in autonomous mode, they only pay for the insurance of those 25 miles.”

Blackham concluded to say he hopes to help shape the future of motor insurance for years to come.

“With the support and experience of the ABI and its members, we hope we’ll be able to continue to have the conversations that matter, making the world of car insurance simpler, fairer and more flexible for UK drivers.” 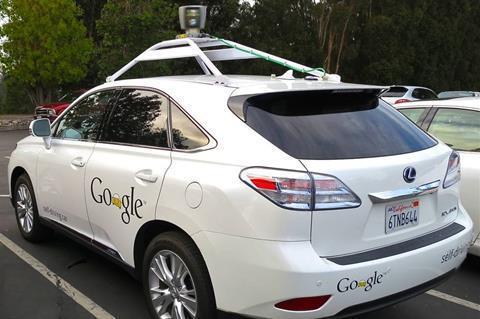