The FCA issued an update following a ‘Call for Input’ on access to travel insurance, with a forthcoming consultation this spring.

The update lays out options for improving access for people with pre-existing medical conditions (PEMCs) getting travel insurance.

The regulator announced that it will produce a ‘user-friendly’ guide to travel insurance for consumers with PEMCs. It also plans to consult over its proposals before this summer, adding that during the next few months it will be developing these to ensure that it is delivering practicable consumer outcomes.

It follows the FCA publishing feedback on access to insurance last July as a result of its Call for Input which it put out in June 2017. It invited views on the ability of consumers who have or have had cancer to access travel insurance.

The ABI also engaged with Youth Cancer Europe (YCE) last October, which challenged the government and financial regulators across Europe to implement a similar system to that in France where cancer survivors no longer have to inform insurers after 10 years if treatment has ended. This was reduced to five years for under-18s.

Last October YCE hosted its first of five events at the European Parliament to call for EU-wide motions to put an end to financial discrimination faced by cancer survivors across Europe, under the banner of the Right To Be Forgotten. This is also a law that France introduced in 2016 which provides legal rights for long-term cancer survivors not to disclose to insurers previous diagnoses with cancer.

The FCA’s statement said: “We are considering options for using our rule-making powers to support the effective delivery of this improved signposting across the market so that firms are clear on our expectations and consumers experience a consistent journey no matter what their channel of entry to the market.”

It carried out a programme of engagement with industry, trade bodies, consumer organisations and charities using bilateral meetings and larger discussion forums to understand the issues consumers with PEMCs face and how to address them. These problems included being declined travel insurance and receiving unexpectedly high quotes.

Since last July it has been working with stakeholders to explore options for signposting PEMCs to travel insurance providers who could supply suitable cover.

The FCA said it is committed to increasing understanding of PEMC’s needs to obtain travel insurance, as well as the implications that various policy exclusions hold and the factors that impact on policy premiums.

Graeme Trudgill, Biba executive director said: “We believe an outcome similar to the multilateral approach taken in the ‘agreement on age and insurance’ would be the best way forward in helping customers.

“This existing voluntary agreement directs a firm who cannot assist a customer to signpost them to a provider or suitable signposting service that can offer suitable insurance.

“We believe this successful model can be replicated to help travel insurance customers with pre-existing medical conditions.”

Lack of a suitable signpost

Biba has been partaking in ongoing work with the Department of Work and Pensions (DWP) and the FCA on this issue as well as protection-type products.

It has been running a successful signposting service for older people under this agreement since 2012 and has received more than 600,000 enquiries on age and insurance.

Although the FCA has flagged that access to travel insurance for those with PEMCs is tricky, Biba’s retort is that insurance is available, but “better signposting” might be needed. It is having discussions with the regulator and the DWP is doing similar work.

Steve White, chief executive at Biba told Insurance Times: “The market isn’t broken. What is lacking is a suitable signpost.”

The firm’s main concern was the 600,000 enquiries it gets a year to its signposting services.

“We know it works, but what we don’t have is the marketing muscle of the comparison sites. You cannot watch a TV programme without one or two of those sites being advertised. It creates a behaviour change so people think the place to go to for insurance is a comparison site,” he added.

By using assistance or whatever funding is available, Biba could help steer customers away from the non-advisory comparison sites and towards specialist cover.

While a spokesperson for the ABI added: ‘We continue to engage with the FCA and other stakeholders and look forward to the consultation expected later this year.”

Biba and the ABI have had an age agreement for a while, which states that if it cannot provide a quote for motor or travel insurance, the firms must signpost a consumer to someone who can.

In the initial “Call for Input” the FCA was concerned that consumers found it difficult to access the specialist travel insurance market. It vowed to work with key industry stakeholders in a bid to create a new service to redirect customers to the cover they needed.

At the time, Christopher Woolard, executive director of strategy and competition at the FCA, said that this group of people felt “poorly served by travel insurance”.

It highlighted potential options for signposting structures to address these issues:

The FCA added that it would point people in the right direction and dispel both myths to ensure a more effectively run market.

Putting the world to rights with Pukka’s Sam White 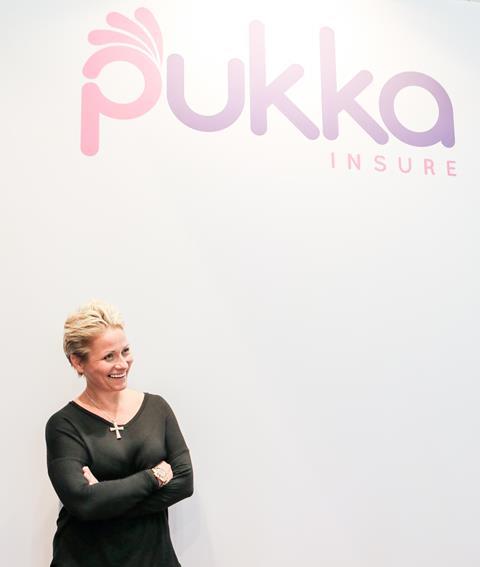