Whiplash and ghost broking fraud continued last year, according to the insurer’s figures

Home insurance fraud increased by 45% in 2021, marking the steepest uptick for fraud in this line of business for seven years, according to new figures published by insurer Aviva today (24 May 2022).

Based on Aviva’s own stats for general insurance fraud it detected in 2021, the insurer pinpointed that the most common types of home insurance fraud were bogus claims for accidental damage, accidental loss and theft - the average value of a fraudulent household insurance claim last year was £3,645. 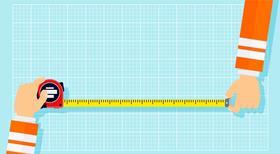 The most common items featured in fraudulent home insurance claims are technology gadgets, such as mobile phones, televisions, laptops and tablets, as well as jewellery.

”Insurance fraud is a crime and we are continuing to invest in strengthening our fraud defences to protect genuine customers from the impact of fraud and to keep premiums low.

“Fraud is typically committed for reasons of need or greed - we believe the increase in claims fraud last year is linked to reduced incomes during Covid lockdowns.”

Motor fraud, on the other hand, accounted for 60% of Aviva’s detected claims fraud in 2021 - this included a 10.7% growth in fraudulent motor injury claims, which can be caused through crash for cash scams.

In addition, the insurer identified fraud on more than 20,000 motor insurance applications last year - ghost broking accounted for 15% of all the application fraud detected in this line of business.

Following the implementation of the Official Injury Claim (OIC) portal last May, Aviva further noted that organised fraudsters were moving from dealing in whiplash-based personal injury claims to instead focus on the repair aspects of a motor claim, including credit hire. Fraud in this area climbed 13% in 2021, according to Aviva’s figures.

Malik added: “We will be keeping a watchful eye on motor injury fraud this year, to see if it declines as the whiplash reform beds in.

”Although it’s early days, we are starting to see some signs that organised fraudsters involved in motor injury fraud are moving into the repair side of motor claims, as well as liability frauds such as slips and trips.”

One in four (25%) bogus liability claims rejected by Aviva in 2021 were for slips, trips and falls. The number of suspected fraudulent claims against a business’ employers’ liability or public liability insurance policy grew by 12% last year too.

Fraudulent insurance claims detected by Aviva grew by 13% in 2021 - this equated to more than 11,000 fraudulent claims last year, worth over £122m in total.

This is the equivalent of the insurer confirming 30 bogus claims a day.

The insurer is currently investigating a further 16,700 claims suspected of being fraudulent.