Prior to this, however, Krasner was no stranger to WTW - he originally started working at the firm back in 2009. 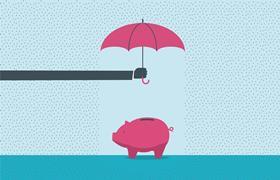 “He played key roles in the evolution of Willis Towers Watson as we’ve grown through large combinations over the years. I’m confident Andrew will bring his strategic financial perspective to the company and contribute to our future success.”

“Willis Towers Watson is well positioned to compete vigorously across its businesses around the world. I’m also honoured to have the opportunity to help drive its financial strategy, growth and performance as CFO.”

WTW president Carl Hess said that Krasner’s “energy, expertise and leadership as part of our team going forward” will be “critical” for the broker as it looks “to offer a compelling colleague experience, innovate and adapt to address client needs, deliver significant value for our shareholders and better the communities in which we live and work”.

Burwell, meanwhile, will be moving into a senior role in the medical and data analytics industry.

Haley continued: “I’d also like to thank Mike for his leadership and dedication to Willis Towers Watson and our finance efforts. Andrew and Mike will work together to ensure a smooth transition of responsibilities.”