Lyndon Broad has been appointed senior vice-president, chief underwriting officer, and will manage the company’s underwriting and reinsurance functions. He succeeds Randall Hodge, who has recently been promoted to executive vice-president of staff insurance operations. 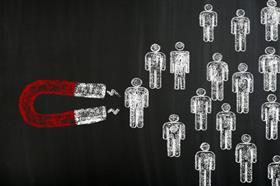 He originally joined the mutual insurance company in 1995 as a loss prevention consultant in Brisbane, Australia. In Sydney, he was also responsible for heading up FM Global’s middle market unit – AFM – before being appointed vice-president and manager of the insurer’s Australian operations.

Most recently, he was senior vice-president of FM Global’s Atlanta operations.

Since joining the company in 1990, Johnson has held various positions in FM Global’s Seattle brand office, Dallas operations, Stockholm branch and in Singapore.

Like Broad, he started his career as a loss prevention consultant before moving on to assume numerous roles – including senior vice-president and manager of the insurer’s Asia operations.