Honcho is preparing to launch a new app in Q2 this year aimed at millennials.

This was according to a general consumer insurance survey by Global Data.

The data and analytics company looked at 4,000 UK respondents and found that 38% of people purchase motor insurance via a price comparison site, an increase of over 10 percentage points since 2017.

The news follows Honcho announcing that it has started beta testing this month and that it is amid assembling its insurer panel.

It hopes to launch into the car insurance space later this year and plans to extend into home and travel insurance thereafter.

Ben Carey-Evans, UK general insurance analyst at GlobalData, told Insurance Times: ”Companies such as Netflix, Amazon, Uber and Airbnb offer consumers instant, digital services across a range of industries and they have created a mind-set where consumers come to expect this type of service.

”As a result, customers are less likely to tolerate lengthy sign-up processes. This is especially true of millennials, who have grown up with these services and are the generation that insurers are striving to attract.”

He explained: “Reducing the time it takes to receive a quote has been a key trend across all insurance channels recently, and this is very much a part of that.

“Customers scan their driving licence, enter a few details including the terms they would like and then offers are messaged to them.

“This means that unlike comparison sites, customers have done all the work once they have set up their profile and can wait for insurers to chase them.

“This shows a significant and growing proportion of consumers use aggregators, which would be Honcho’s target audience.”

Gavin Sewell, chief executive at Honcho recently told Insurance Times that the insurtech aims to “reinvent how the insurance industry as a whole gets their product in front of consumers”.

He explained that 70% of mainstream personal lines insurance today is distributed via aggregators - a model which has been around for the last 10-15 years.

Customers will be able to enter their requirements for car insurance and receive offers from insurers which they can either accept or reject.

Each offer comes with a Honcho score which indicates how closely it meets the customers’ requirements.

But the survey also found that only 1.5% bought motor insurance via an app.

“This figure was higher for both pet and travel, which suggests consumers are hesitant to purchase such important and costly insurance via an app – a behaviour Honcho will need to change if it is to succeed,” Carey-Evans said.

He added: “Whether customers will receive a better deal – or if insurers will just ensure their price does not drop below what they are prepared to offer on comparison sites – remains to be seen.

“While Honcho may not have the financial backing to concern the big aggregators, its emergence could see other start-ups with their own adaptations on comparison sites start to change the shape of that channel.” 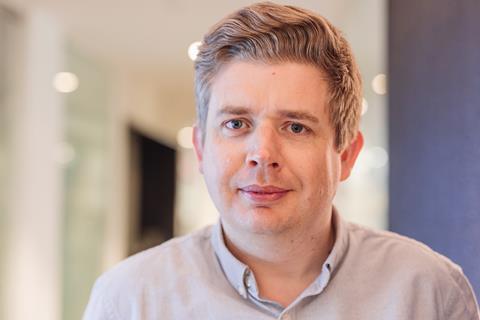