Start-up Honcho has launched into the car insurance market with its app.

The launch comes after three years of planning, crowdfunding, app development and insurance provider integration. In March, the insurtech revealed to Insurance Times that it hoped to launch within car insurance in Q2 2019.

It is focussing on the young driver market aged 17-24 - a group Honcho says typically spend £1,177 on annual motor policies. That is 149% more than the £471 national average.

Multiple insurance providers on its reverse auction style panel will bid for customers’ business on the platform, including Brightside, Flux Direct, Quoteline Direct, Freedom Brokers, Think Insurance and Marmalade, with insurance underwritten by over 25 brands including industry heavyweights such as AXA, Ageas, Aviva and LV=.

Tom Spence, honcho’s chief product officer, said: “Over the past few weeks we’ve completed the integration of our launch market participants onto our platform and have been through an extensive period of live beta testing with over 1,000 consumers who signed up to our VIP Early Access Programme.”

The insurtech said it is also in talks with a number of other insurers and brands with the potential of them joining the service over the coming months.

Gavin Sewell, the insurtech’s chief executive said that he sees honcho taking on the role of the “matchmaker” between customers and insurance providers for car insurance initially but it aims to offer a range of other insurance products and markets later this year.

“The moment that we’ve been working towards for a very long time is finally here as we make honcho available to drivers across the UK. It’s massive not only for us, but for consumers across the country who for far too long have been treated less-than-favourably by certain digital aggregators who claim to operate in their interests. The insurance revolution is here!” Spence added.

Honcho was established in 2016. It recently closed a funding round securing £750,000 investment from Maven Capital Partners, which is being used to support the next phase of its growth, including growing the honcho team as well as developing the next personal lines to be launched on the honcho marketplace.

Gavin Sewell chief executive at honcho added: “It’s been a long time in the making and words can’t describe the level of excitement that can be felt around honcho HQ now that the platform is live to the public.”

Taking on the aggregators

The insurtech said it hopes to take on the aggregators “head-on” during a time of increasing uncertainty for price comparison websites, as regulatory bodies continue investigations into commission fees and terms of service.

Honcho operates a different model to the aggregators. Instead of charging insurers commissions that are then passed down to the consumer it’s completely free. Insurers, brokers and MGAs instead bid £1 to get custom.

Each auction is in real-time and covers three rounds, taking 30 seconds to complete. At the end of each round the participating insurers are able to see what others are offering the participant, giving them the opportunity to adjust their bid to win the consumer’s business.

Users can also request further bids; the insurers’ £1 fee allows them to re-bid for each user as often as necessary over a four-week period.

This acts as an incentive to get insurers to keep premiums low.

Sewell claims that honcho’s model is “one-of-a-kind”, he said that it “will be revolutionary for drivers of all ages.”

He added: “We want to empower both insurance providers and consumers, not only by providing a more cost-effective way for providers to access consumers looking for insurance, but also by streamlining the system such that consumers need only enter their details once - then they can sit back and watch brands come to them.

“We’re especially keen to see the benefits to young motorists, who for so long have struggled to acquire fair policies.

“We’re also very much championing consumers’ interests with absolute clarity and transparency in all that we do. It’s going to be the way forward and price comparison websites should be prepared to feel us hot on their heels.”

Andy Martin, broker and distribution director at Marmalade, added: “It’s a very exciting time for all involved - as soon as we heard of honcho’s proposition, we knew we wanted in.

“This new app has the potential to really shake up the way insurance is delivered and we’re especially excited to be reaching out to more young drivers to help them drive down the cost of insurance with the help of our black box technology.” 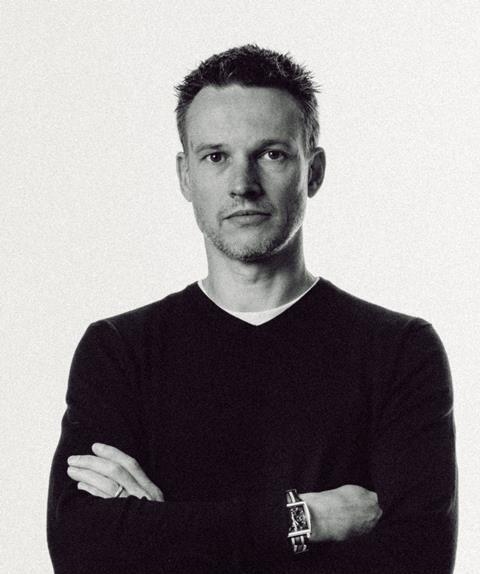