The FCA has announced it will investigate the pricing practices of general insurance firms.

The news was released on the same day that Citizens Advice lodged a super-complaint with the Competition and Markets Authority (CMA) over dual pricing.

The charity claims that loyal customers across five market sectors, including home insurance, are losing out on £4.1bn a year to what it calls a loyalty penalty.

Responding to this super-complaint, the FCA said it has long been concerned about dual pricing and in its 2018/19 business plan would be looking at the pricing practices of general insurance firms.

Andrew Bailey, chief executive of the FCA said: “Citizens Advice has raised a number of important issues and we will work closely with the CMA as it investigates this super-complaint.

“We expect firms to look after the interests of all customers and treat them fairly, whether they are new or long-standing.

“It is important to get the balance right so that existing customers do not miss out on the benefits of competition and innovation, including when they purchase or renew their general insurance products.

“The general insurance market study we have announced today will help us examine the issues we have already identified in the market in more detail.”

Research from Citizens Advice found that 8 in 10 people are paying a significantly higher price, in at least one of the mobile, broadband, home insurance, mortgage and savings markets for remaining with their existing supplier.

And it estimated what it described as the ‘loyalty penalty’ to be on average £877 per year - equal to 3% of the average household’s total annual expenditure.

“It beggars belief that companies in regulated markets can get away with routinely punishing their customers simply for being loyal,” said Citizens Advice chief executive Gillian Guy.

“As a result of this super-complaint, the CMA should come up with concrete measures to end this systematic scam.”

The charity also found the loyalty penalty is disproportionately paid by vulnerable consumers, such as older people and people with mental health issues. These groups are particularly likely to struggle with switching.

In one example, Citizens Advice helped an elderly couple whose daughter went to the charity after finding her parents were paying nearly £1000 a year too much on their home insurance. The couple, who are both in their 90s, had been with the same company for 6 years and over that time their premium had continually risen. 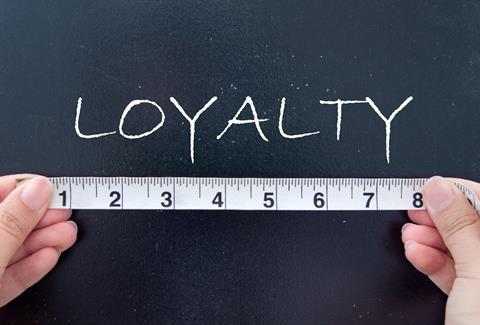