Flood Re has announced proposals outlining how it plans to encourage more UK property owners to be better prepared for floods.

It has urged insurers to “build back better” homes following a flood and allow payment of claims to include an additional amount allocated to resilient or resistant repair.

It has also called for rewards to be rolled out to householders who are proactively installing flood resilience measures with discounted premiums on their home insurance policies when ceded to the scheme.

It hopes that the proposals will help incentivise the take-up of property level flood resilience measure by householders, support the insurance industry, encourage the growth of the resilience products sector and reduce the costs and disruption of flooding when it occurs.

The reinsurer also published its annual report for 2018/19 – the Flood Re Quinquennial Review today. The news follows AXA calling for Flood Re to widen its scope last Friday, the day after the Government’s draft strategy for flooding closed for consultation.

Andy Bord, chief executive at Flood Re, said: “Flood Re has already had a significant impact on the affordability and availability of home insurance. Since our launch, hundreds of thousands of people in the UK who are at risk of flooding have benefited from the scheme.

“The package of seven recommendations we have announced today, taken together, will optimise the Scheme, making us more efficient, more responsive and more flexible. We are proud of our success so far in making flood insurance more affordable and accessible, and we have made solid progress with managing our transition out of the market by 2039. The measures we are proposing today allow Flood Re to go further than we have before in providing peace of mind to householders and will also make the UK more resilient to flooding in the future.”

Highlights in the report include:

“This new initiative will help stimulate greater take up of measures that help people recover more quickly after a flood,” she said.

“Later this year we will be finalising our Flood and Coastal Erosion Risk Management Strategy and we will be working with government, the insurance sector and the Property Flood Resilience Roundtable to encourage more property owners to ‘build back better’ to help create climate resilient places.”

James Dalton, director of general insurance policy at the Association of British Insurers, said: “The insurance industry established Flood Re as part of our commitment to addressing the risks associated with the growing threat from flooding. It’s already made a significant impact, covering almost a quarter of a million properties and creating a competitive market which allows householders who’ve experienced flooding to shop around for their cover, making savings in the process.

“It was always expected that Flood Re would evolve over time and it’s good to see sensible recommendations being made about the role it could play in getting more flood resistance measures installed in individual properties. Insurers are on the front-line supporting customers when flooding happens and know well the value of making homes and businesses more resilient to future floods.”

Mary Dhonau, chief executive of the Know Your Flood Risk campaign said that she was delighted that the reinsurer is leading the way in this area.

“It’s a win for everyone – it will reduce the appalling disruption being flooded brings for homeowners and ultimately save money for the industry by reducing future repair costs. Furthermore, rewarding those who take moves to protect their homes from being flooded, will help incentivise the transition to a risk reflective priced market,” she added. 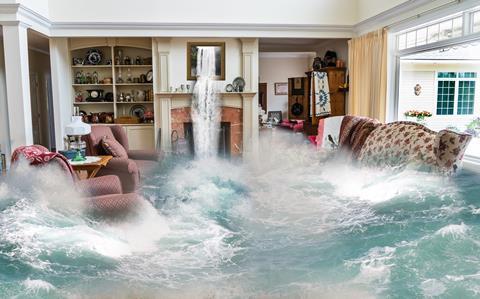