Flood Re’s credit rating has been upgraded to A (stable) by rating agency Standard and Poor’s (S&P) from A - (stable).

The credit rating agency cited Flood Re’s capability for managing claims during November 2019, when there was heavy flooding events, as well as during February 2020, which the reinsurer said was the worst month for flooding since it was founded in April 2016, as the primary reason for the upgrade.

S&P said it in its latest research that Flood Re has passed its first major test with “the levy scheme, reinsurance structure and outsourcing of activities, such as claims handling, [having] worked effectively”.

It added that Flood Re will maintain its capital adequacy at strong levels over the next three years and that there is efficient take up of its flooding scheme to give homeowners in risk prone areas affordable flood insurance.

Andy Bord, chief executive of Flood Re, said: “Our recently announced 2019-2020 annual results demonstrate that following the first major flooding events since our launch in April 2016, we continue to be a financially-robust organisation.

“We are therefore pleased to see that S&P has recognised our strong position and we believe that this upgraded rating will reaffirm to our stakeholders that we have the capital base, long-term plan and operational efficiency to continue enabling homes in flood risk areas to access affordable home insurance for the lifetime of Flood Re’s existence and beyond.” 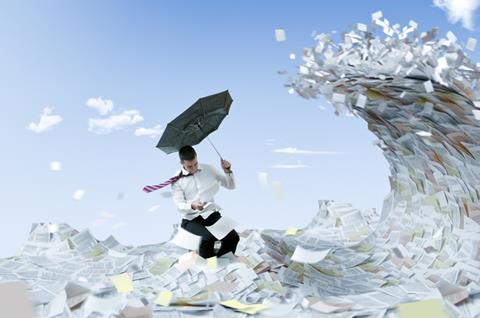