If successful, the Welsh claimant would have fraudulently received a £6,680 pay out

A Crown Court in Wales sentenced a fraudster to 200 hours of community service after a criminal investigation found that he had deliberately banged his knee five times on a paving stone in order to make a personal injury claim.

Harrison had submitted a personal injury claim to insurer NIG, stating that a paving stone had cracked underfoot as he jogged back to his block of flats – he said this caused him to fall over and injure his knee.

However, NIG refused the claim after gaining CCTV footage from the housing association for the block of flats. This showed Harrison purposely banging his knee on the ground to cause injury.

The footage additionally showed Harrison standing on the cracked paving stone in order to break it further.

When Harrison spotted the CCTV camera, he started to hop on one leg to demonstrate his injury.

NIG referred the case to The City of London Police’s Insurance Fraud Enforcement Department (IFED), which launched a criminal investigation. Harrison disputed NIG’s decision during this process and stood by his claim.

Harrison maintained that he tripped and fell just out of the CCTV’s line of vision. He said that he did not deliberately injury himself but was instead testing the other paving stones.

Although a trial date was set, a few weeks prior to proceedings starting, Harrison changed his plea from not guilty to guilty. He was therefore charged with one count of fraud by false representation.

If his claim has been successful, Harrison would have received £6,680.

Rob Smart, head of claims at NIG, said: “Tackling insurance fraud remains a priority for the industry and we hope that [this] sentencing sends out a strong message to others who may be thinking of committing fraud in the future.

“It’s very sad to see the lengths that some people will go to make a false claim, but we will continue to work closely with the police to ensure these types of claims are exposed.

“Insurance fraud increases the premiums for honest customers and costs the industry millions of pounds a year.” 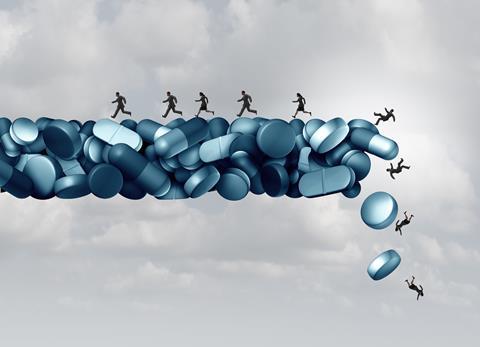