A serving police officer has been sentenced to 250 hours unpaid work plus court costs after he was found guilty of submitting a fraudulent insurance claim.

Mohammed Yasin Mulla, 38, was found guilty of one count of fraud by false representation following a five day trial at Leeds Crown Court after he falsely claimed his windscreen was cracked by debris that fell from a van driving in front of him.

Dash cam footage revealed that the debris was actually polystyrene and it had missed his car.

Mulla, who served with West Yorkshire Police, was investigated in early 2018 by the Insurance Fraud Enforcement Department (IFED) after the case was flagged by Allianz as potentially fraudulent.

Mulla claimed that the debris from the van caused damage to the windscreen, bonnet and roof while driving on the M606 in Bradford.

He also claimed for personal injury as he had had to swerve and brake sharply to try and avoid the debris.

However, dash cam footage from Mulla’s vehicle showed that the debris was polystyrene and he did not swerve nor brake. His car was also found to have had pre-existing damage.

Enquiries made with the van driver concluded there was nothing else in that vehicle other than polystyrene packaging.

No-one above the law

City of London police detective constable Peter Gartland, who led the investigation, said the case ”shows that no one is above the law. [IFED] works to identify and punish fraudsters, irrespective of their profession.

“Police officers are expected to be honest and act with integrity, and the vast majority do, but cases such as this one threaten to damage the police’s reputation.

“Mulla’s deceitful actions also harm the general public and have a knock-on effect by causing insurance premiums to increase.”

Allianz’s fraud manager James Burge said the case ”demonstrates Allianz’s zero tolerance approach towards fraud. It is all the more disconcerting that Mulla was a serving police officer at the time and proves no one is outside of the law.

“Dash cam footage is increasingly providing key evidence to combat fraudulent motor claims. What was unusual in this case was that the defendant provided the dash cam footage that ended up incriminating him.

“The sentence handed to Mulla sends a clear message that insurance fraud is a crime and those that commit it will be punished in the same vain as all other criminals,” Burge added.

As for the implications for Mulla’s police career, West Yorkshire Police’s Professional Standards Directorate said it was conducting its own investigation into the matter.

”With criminal proceedings concluded, we will now consider the most appropriate course of action. The officer remains on restricted duties.” 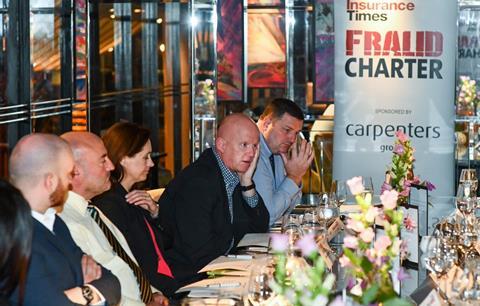