Man took pictures of hired van and submitted it to insurer, claiming it was stolen

A man has been sentenced for fraud after claiming his camper van was stolen, then used pictures of a hired van to back it up.

He was sentenced to 10 months’ imprisonment for for false representation, suspended for two years, and was given 250 hours of community service and ordered to pay £700 in court costs.

The next day, he submitted a claim to LV= for the alleged theft. He provided proof of ownership, stating the van was worth £22,500.

He then provided pictures of the van, and the registration plate of the van in the pictures matched that of the one on the proof of ownership.

However, when LV= got in contact with the previous owner of the vehicle with this registration number, he confirmed that it wasn’t registered to the camper van in the photos but actually belonged to a different one that he’d sold to Loveridge for £800.

It wasn’t drivable and Loveridge even needed a low loader when he went to collect it.

LV= also examined the photos of the camper van submitted by Loveridge and found one on a hire company website which looked identical.

LV= contacted the company who confirmed that the camper van was theirs and that Loveridge had hired it out on 1 March 2016.

The hire company puts a tracker on all of its camper vans in case they’re stolen when hired, and it showed that Loveridge stopped for a period of time at a National Trust property in the Peak District.

IFED then visited the property and confirmed that this was the location where the camper van was in the photos submitted by Loveridge.

City of London Police’s Detective Constable Daryl Fryatt, who led the investigation for IFED, said: “Loveridge’s false theft claim was planned from the start, but LV= helped to expose his trail of deceit, making the Insurance Fraud Enforcement Department’s part of the investigation much more straightforward, leading to his eventual punishment.

“While some people may think that insurance fraud is victimless, fraudulent claims like the one seen in this case costs the industry billions each year, which in turn adds to the price of premiums for everybody who buys insurance.”

Clare Lunn, LV= Fraud Director, said: “Our anti-fraud teams work tirelessly to root out false claims, given the circumstances we’re pleased with the result. Fraudulent claims can result in increased premiums for honest customers as a by-product of the work involved in fighting them, which is why LV= always presses for the toughest possible sentences.” 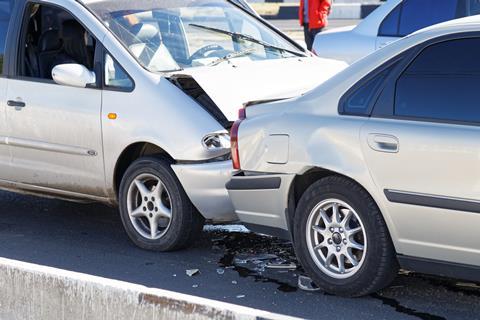