It claims to to remove uncertainty for insurers and policyholders

German lawmakers have authorised the regulator to temporarily extend the passporting rights of insurers in the event of a no-deal Brexit.

It will allow the extension of passporting rights post-Brexit for up to 21 months and is part of a wider set of legislation concerning tax matters.

It is to allow for a smoother winding up process as well as removing uncertainty for insurers and policyholders in the event of no-deal.

The period is identical with the expected transition under the Withdrawal Agreement.

Moreover, underwriting of new business is “explicitly excluded” and insurers will be required to terminate existing contracts, obtain a new authorisation, or transfer the business to a licensed risk carrier.

This preliminary provision sits against the backdrop of ongoing renegotiations of the Withdrawal Agreement between the EU and UK.

Henning Schaloske, partner at Clyde & Co in Dusseldorf welcomed the move by the German legislator.

He said: “The extension of passporting rights for up to 21 months post-Brexit is a significant development and should provide sufficient time for the resolution of outstanding contracts but it is important that regulators across the EU continue to work together in a spirit of cooperation to address issues relating to cross-border insurance.”

The European regulator said that UK insurers will not be able to service existing insurance contract after the lapse of passporting rights in the case of a no-deal.

This was recently confirmed by financial regulatory – EIOPA (European Insurance and Occupational Pensions Authority) in its recommendations for the sector.

It has suggested that the regulators could consider restricting the issuance of a new authorisation to these UK insurers to wind up existing business in order to speed up this procedure.

EIOPA has taken the view that national authorities should allow the finalisation of portfolio transfers by UK insurers without an authorisation post-Brexit, if it was initiated before the withdrawal date.

What does it mean for UK insurers under German law?

This is because the lack of a licence does not affect the effectiveness of a contract.

The provision enables BaFin, the German financial regulator to issue a general ruling, extending passporting rights for all UK insurers through one administrative decision for a certain period.

What if termination is not possible?

But the possibility to fulfil contracts where such a termination is not possible has created uncertainty.

And the prevalent opinion in German insurance supervisory law is in line with EIOPA, requiring insurers to make use of any termination rights to wind up business.

If legislative procedure happens, it had been suggested to leave the duration of the extension to the discretion of BaFin – even beyond 21 months.

This is to account for complex long-term insurance contracts where a timely wind-up might not be possible.

But this proposal was rejected, and it remains to be seen whether BaFin will make use of the full 21 months when extending passporting rights at all.

The German provision is in line with similar initiatives in other EU member states like France and Spain. 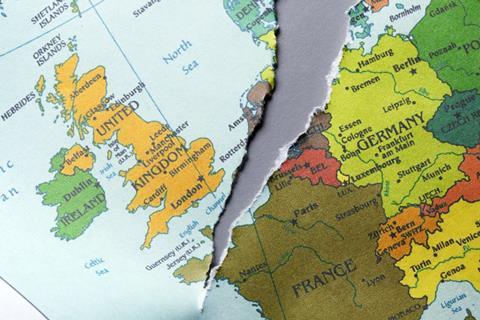