John Lumley, chairman and managing director at Lumley Insurance, confirmed that the high net worth (HNW) market is hardening by between 8% and 10% - a key trend across the sector.

Speaking at Insurance Times’ BrokerFest 2020 yesterday, Lumley listed attritional loss inflation, floods, a loss of market participants and the stock market crash associated with 9/11 as key contributing factors to the hardening of the HNW market.

He said: “People can talk about attritional loss inflation, which exists. There are increasing floods, which are happening. Or the Beast from the East in 2018. And the loss of market participants, which helped.

“The picture is not complete. In 2001 after 9/11, the stock market crashed, equities dropped by up to 40%, by which time, a lot of the insurers had invested their capital in the equity market and they saw a drop in their value.

“As a result of this, the regulators jumped in and said they were now uncomfortable with insurers’ investments being in equities and insisted they come out into cash or bonds to meet the liquidity requirements of their short-tail liabilities.

“Almost immediately, the equity market rallied up to its previous levels, leaving the insurance market with its biggest loss in its history, all down to investment risk rather than insured risk.

“This combined with the substantial loss resulting in what was probably the biggest hardening of the market in its history, with capacity shortages driven by a shortage of insurance capital, solvency margins being stretched by the increasing premiums and rates reaching record highs in 2002.

”Ever since which, they’ve been gradually softening with world wide market results being further flattened by a lack of global catastrophe, mainly but not exclusively, in the form of hurricanes in the Gulf of Mexico, which kept the catastrophe reinsurance market remaining unnaturally profitable and reinsurance paid by insurers softening year-on-year.”

Other HNW trends identified by Lumley includes the increase in broker consolidation and changes in distribution, as well as the rise in direct business by the likes of John Lewis and Direct Line, to name a few.

Risk management, in particular around water run off and escape of water, as well as cyber insurance are also both on the up.

Lumley additionally noted a “regulation creep” as a central theme for HNW. This includes, for example, the General Data Protection Regulations (GDPR) impacting on the use of data.

“Just as the greater use of data grows in importance as a risk management tool, it simultaneously had its wings clipped by the imposition of GDPR in 2018,” he explained.

“Another example of regulation creep comes from the FCA mandating that TCF, treating customers fairly, now includes the utilisation of a mandatory form of words from brokers to our clients recommending to them that they shop around.

“They also started focusing on the issue of dual pricing. I always thought it was part of our roles, as brokers, to keep our markets honest and these both smack of direct market or non-advised problems impinging on the advised broking world.”

For Lumley, the future of HNW broking will take into consideration both legal expenses and premium finance.

He concluded: “The biggest challenge yet to be realised is to ensure that for the vast majority of high net worth policyholders, the quantum is fit for purpose too.” 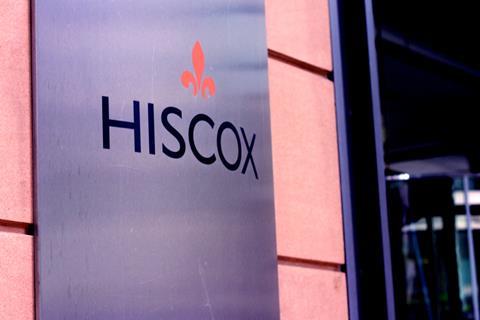