The Insurance Fraud Bureau (IFB) is backing calls for the UK government to include paid for online adverts in the scope of the Online Safety Bill ahead of it being presented for pre-legislative scrutiny.

These calls were led today (20 July 2021) by a coalition of consumer groups, charities and financial services industry bodies, including the ABI, Which? UK Finance, Martin Lewis and MoneySavingExpert, the Personal Investment Management and Financial Advice Association (PIMFA), the Investment Association and the Money and Mental Health Policy Institute.

The Online Safety Bill, which was published as a draft in May 2021, aims to improve internet safety by imposing a duty of care on social media companies, as well as some other platforms that allow users to share and post material, to remove harmful content. 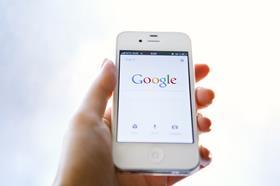 Ben Fletcher, director of the IFB, said: “We’re backing the industry’s calls for the government to include online advertising in the Online Safety Bill.

”There is increasing evidence that dodgy claims management firms are using search engine ad results to misrepresent insurers and hijack claims, which can leave vulnerable road traffic victims significantly out of pocket and facing threatening calls.

“We urge ministers to reconsider their plans for the Online Safety Bill as the inclusion of online advertising can help to protect countless insurance consumers from the devastating impact of fraud”.

The IFB shares the insurance industry’s view that the currently proposed legislation for the Online Safety Bill does not go far enough in tackling online fraud.

Although the IFB welcomes the bill’s inclusion of fraud that is carried out through user-generated content and fake profiles on social media, the exclusion of online advertisements will continue to provide opportunities for fraudsters, it said.

The IFB has found fraudsters misrepresenting insurers via paid ads, such as Google Ads, on a daily basis.

For example, misleading click-to-call ad results are often discovered by road traffic accident victims who are using search engines to find their insurer’s contact details for urgent support services, or to make a claim after an accident.

These ad results are usually paid for by claims management firms and appear to represent the insurer, misleading the victim into tapping the ad and calling the hyperlinked number.

The victim believes they are speaking to their insurer, however they are unwittingly signing up to a string of third party services, which can potentially leave them thousands of pounds out of pocket, as well as facing threatening phone calls.

The IFB has six active investigations into insurance ad fraud networks and is warning the public to be vigilant to the scam. It recommended: