A fraudster has been sentenced after pocketing nearly £18,000 from selling fake car insurance.

Gurwinder Virdee pretended to be a broker for insurer esure, offering cheap car insurance deals to the public. He managed to rack up nearly £18,000 in five weeks via 40 insurance policies that used false details and forged documentation. 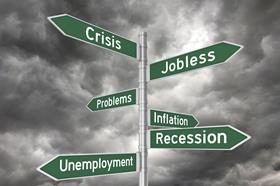 In June, Virdee pleaded guilty to fraud by false representation, money laundering, forgery and to being an authorised broker under the Financial Services and Markets Act (FSMA).

He was further issued 30 days of rehabilitation activity requirement (RAR) and 140 hours of unpaid work to be completed within 12 months. Virdee also has an electronically tagged curfew for three months.

”Not only do they leave insurance consumers out of pocket and driving without insurance, but they also enable those who otherwise would be illegal to drive to believe they have taken out a legitimate policy and start using public roads.

“The IFB is working extensively with the insurance industry and the police to crackdown on ghost broker scams and we’re pleased to have played a part in helping City of London Police’s Insurance Fraud Enforcement Department (IFED) in uncovering Virdee’s fraudulent activity.”

This follows IFED cracking down on ghost broking with seven arrests throughout June and July this year.

Within the investigation, Virdee was found to be conversing with his clients via social messaging app WhatsApp.

On top of this, he was found to have been behind the website for the company Virdee Brokerage Limited, which dissolved on 8 January 2019 according to Companies House.

Virdee, who was the named company director, advertised private client insurance services and claimed to be authorised and regulated by the FCA.

Meanwhile, esure - which is a member of the IFB - ran enquiries which led it to believe that a single person was behind the series of bogus car insurance policies.

The case was subsequently referred to the IFED - the IFB supported the investigation by collecting evidence of associated fraudulent activity from insurers.

IFED seized assets totalling £60,000 from Virdee in 2019 using its powers under the Proceeds of Crime Act (POCA).

Fletcher added: “Unfortunately, fake car insurance sales continue to be prevalent – especially online. I encourage anyone looking for a car insurance deal to avoid anything that looks suspicious and to carry out essential checks so they can know they are making a purchase through a trusted provider.”