Business interruption policies have proved to be a point of contention during the coronavirus crisis, with several insurers facing legal action for the denial of claims.

Speaking on a conference call for investors following the announcement of the insurer’s Q1 results, RSA group chief executive Stephen Hester said that while the intent of such policies was not to cover pandemics, RSA was still paying claims when the balance of interpretation lay with the policyholder.

“However, right across the industry, there are wordings that have not been written as well as they might, which provides some ambiguity in a position which no one expected to find themselves in, either customers or the industry.

“Where those cases of ambiguity are arising, there are valid claims that are also arising, and we and other industry participants are of course paying on those claims, and certainly from RSA’s perspective, our view is that if the balance of interpretation lies with the customer, we should pay the claim and we are only not paying claims where we have a strong and clear legal advice that the policy does not provide for it.”

Hester added that despite “making sure that customers get the benefit of the doubt if there is genuine doubt” when assessing claims, he still expected litigation to arise around business interruption claims in the wake of the pandemic, but said that RSA’s reinsurance deals should give protection here.

“It is inevitable there will be litigation around this, as there is around lots of insurance issues over time, and it’s possible that the industry will and we will have made incorrect legal judgements or our lawyers will advise us incorrectly,” he said.

“That can lead to some costs, although hopefully then the reinsurance will be a protection. But we have not been in any way cavalier in the way we’ve approached this, and the vast majority of our judgements have quite strong legal opinion backing them.”

Hester said that his main concern was not surrounding business lines that explicitly covered pandemics and disease, such as travel, but those where the intention was not to knowingly provide cover.

“My concern is more – and we’ll only know this when all the dust has settled – whether there are areas where we didn’t charge premium for disease coverage or we didn’t knowingly do so and we got caught because we haven’t been careful enough on the wording, or we’d accepted someone else’s wording without enough scrutiny,” he told investors.

Hester added that he expected the coronavirus crisis to lead to “greater concentration” from insurers when granting wordings, and that this would lead to increased standardisation across the industry.

“If the policy is clear that the customer gets paid or they don’t get paid, that’s much better than uncertainty on both sides,” he said.

“Indeed that’s one of the reasons why I welcome the FCA action to focus on those areas where there are ambiguities and try and get some court judgments in relation to them, which is in the interests of everyone.”

Hester also told investors that the insurance industry has already reached the peak of claims relating to the Covid-19 outbreak, and said that the most intense period of coronavirus claims is already expected to have passed.

“I would have expected that the most intense claims experience would be in the first seven weeks of the crisis as everyone looked through their insurance policies to see if there are basis on which claims can be triggered, and a great deal of attention is clearly gone into that,” he said. “So, it suggests to us that this may be the worst of it in the first seven weeks, and certainly the volume of claims being made is declining week-by-week after the initial few weeks.”

“But obviously there are plenty of twists and turns that can come, yet,” he added.

Read more…Ardonagh under the bonnet of the brokers financials 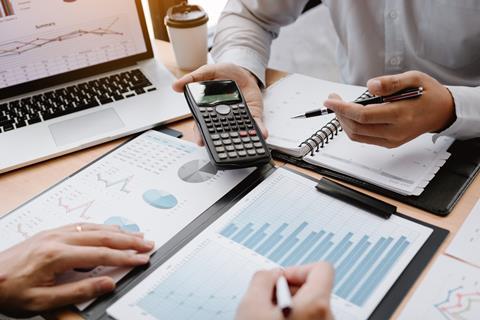