LV= General Insurance (LV=GI) has launched a new ethical standard across its branded bodyshop network in a drive to become more environmentally sustainable.

For example, by the end of 2022, all 22 of LV=GI’s branded bodyshops are expected to be carbon neutral, with electric vehicles offered as courtesy cars. 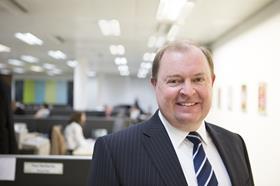 Michael Golding, network manager at LV=GI, said: “We’ve been working on creating this standard for almost a year, so it’s great to now see it launch and be shared with our branded bodyshops repair network.

“We know that customers increasingly want to buy products and services from companies that have a positive influence on society.

“With the Green Heart Standard, we want to make sure our customers know that the sites are looking after their cars and the environment at the same time.”

As part of the new initiative, LV=GI has been working in partnership with bodyshops around the UK to implement six new principles, which are all aligned to the insurer’s social purpose pillars of environment and sustainability, diversity and inclusion, wellbeing and responsible business.

Golding added: “This includes access to electric vehicles as courtesy cars, green parts, as well as paint and materials that are sustainable products.

“It’s also incredibly important to us that our branded bodyshops are looking after their people, especially when it comes to diversity and inclusion, mental health and wellbeing and apprenticeships.

“So far, [the Green Heart Standard has] been really well received and we look forward to working with our branded bodyshops to help them achieve the standard over the coming months.”

The six principles of the Green Heart Standard are:

LV=GI will help their branded bodyshops to achieve the new standard. Once the requirements are fulfilled, the bodyshop will receive a Green Heart Standard plaque in recognition.

Other groups, including Gemini and Rye Group, are reportedly on course to achieve the PAS 2060 certification at their LV=GI branded bodyshops before the end of June 2021, with Bennetts, Apollo and Artis expected to follow later this year.