Specialist Risk Group (SRG) owned Blackrock is based in Dublin and is a Lloyd’s coverholder. It was acquired by SRG in May this year, adding to the intermediary business’ underwriting arm, which also includes specialist motor MGA Lime, GB Underwriting and CLS RS. 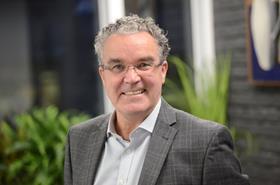 Mike Keating, the MGAA’s chief executive, said: “I am delighted to welcome Blackrock as the first member of the MGAA in the Republic of Ireland.

”The Irish MGA market is ripe for growth, as is evident from the recent spate of broker acquisitions in the country. It is also increasingly attractive to insurance capacity following moves to address historical personal injury claims inflation.

”As the Blackrock move underlines, the opportunities for MGAs are particularly strong in motor. There is also potential for MGAs in commercial and specialist lines.”

Neil McSherry, Blackrock’s managing director, added: “We are delighted to be joining the MGAA and believe the association’s presence in the market will boost [the] representation of MGA interests in the Republic of Ireland.

“We are looking forward to networking with other members, including MGAs, suppliers and capacity providers, and benefiting from the insights, knowledge and services the MGAA provides.”

The MGAA extended membership to MGAs, insurers and suppliers based in the Republic of Ireland in July 2021.

This move aims to help MGAs in the country improve standards, raise their profile with the regulator and attract new underwriting capacity.

UK-based MGAA members can expand their knowledge and contacts within the ROI as part of the initiative.

Keating said: “Our ultimate aim is to help the MGA sector in the ROI in its push for improved standards and regulatory recognition, whilst helping to facilitate and encourage collaboration and new capacity into the country.

“MGAs, insurers and suppliers based in the ROI – and our UK-wide membership – will also benefit from networking, events, educational forums, webinars, and regulatory support going forwards.”