The All-Party Parliamentary Group for Mutuals are ‘concerned’ about how the proposed sale could affect ‘LV= members, the insurance industry and competition and choice in financial services’

The All-Party Parliamentary Group for Mutuals is launching an inquiry into the potential £530m sale of insurer LV= to private equity firm Bain Capital as it is “concerned” about the possible impact on “LV= members, the insurance industry and competition and choice in financial services”, reported The Guardian.

The inquiry, which is accepting written submissions until 5 March, will explore whether LV=’s plans are good for policyholders, competition and the business as a whole.

It will also consider the regulation of mutuals and friendly societies, including potential barriers to raising capital and protection from demutualisation.

Oral evidence sessions will be held over the next two months.

The parliamentary group has invited LV= chairman Alan Cook and chief executive Mark Hartigan to give evidence at the inquiry, alongside mutual sector experts and financial analysts. Individuals and organisations with an interest in LV= are also being encouraged to participate.

Gareth Thomas, member of Parliament for Harrow West and chair of the All-Party Parliamentary Group for Mutuals, said: “Members of the parliamentary group are concerned at what impact the sale will have on LV= members, the insurance industry and competition and choice in financial services.

“We are also interested in whether the LV= decision reflects weaknesses in the government and regulators’ views and support of mutuals.” 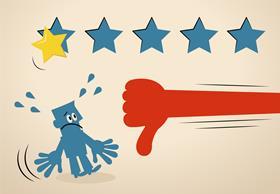 Read more…Why de-mutualisation is bad for consumers, and how it will affect the UKGI market

The deal was initially announced in December last year.

According to The Guardian, LV= members and policyholders have yet to receive information on the benefits of the proposed sale or details on why Bain Capital’s offer was chosen over others.

The newspaper’s sources believe the company’s board considered a similar bid from mutual Royal London and received offers from other mutuals, yet it opted to approve Bain Capital’s offer, although the firm is better known for investing in healthcare and education.

Furthermore, “the deal will require approval from 75% of members who vote, but LV= wants to override a rule under which at least half of all members must approve demutualisation”, The Guardian added.

A source close to the parliamentary group told The Guardian: “No demutualisation has resulted in increased long-term benefits for members beyond the initial payout, while almost every executive team has ended up seeing their pay and benefits enhanced.

“You look at the past and wonder if that’s what is on the agenda this time.”

Meanwhile, LV=’s Hartigan said: “We welcome the opportunity to more formally explain why Bain was singular in offering not only an excellent financial outcome for our members, but also an unrivalled and long-term commitment to LV=’s future prospects, business and people.”

A spokesperson for LV= added that the mutual had sought a takeover bid because of restrictions on mutual insurance companies raising investment funds in the wider market.